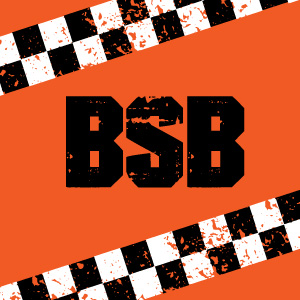 The wait it over and the news is finally out…Chris Taylor will race in the 2018 HEL Performance British Motostar Championship, alongside the prestigious British Superbike series, for Cresswell Racing.

Returning to the UK after a season campaigning the Supersport 300cc World Championship, Taylor will form part of a multi-rider squad aboard an ex Lorenzo Dalla Porta Moto3 Mahindra. He will run number 97.

With a full year of racing in Europe under his belt, Chris is relishing the opportunity to show his skills to the UK fans when the season begins at Donington Park on the weekend of March 31st – April 2nd, 2018.

Taylor showed his raw natural speed throughout 2017, qualifying within Superpole at many of the WorldSSP300 rounds; his race craft and ability to learn new circuits quickly impressing many established people in the paddock.

Speaking ahead of the upcoming BSB Championship launch Taylor had this to say:

Chris Taylor: “I’m happy to be joining Cresswell Racing this year and to have a good package and people around me. It’s a great opportunity to be riding an ex-GP Mahindra bike and I am really confident that we can fight hard from the very first race. I have already seen the bike and it looks mint, I can’t wait to ride it, hopefully in Spain later this month. I have really high hopes for the championship, but the key is to not make mistakes and hopefully at the end of the year we will have something to really celebrate.”

Racing at any level is costly, and Chris welcomes anybody wanting to be ‘part of the team’ this year. To learn how you can support him and his 2018 quest for the win, please contact him through Twitter or Facebook – links are at the top of this release.