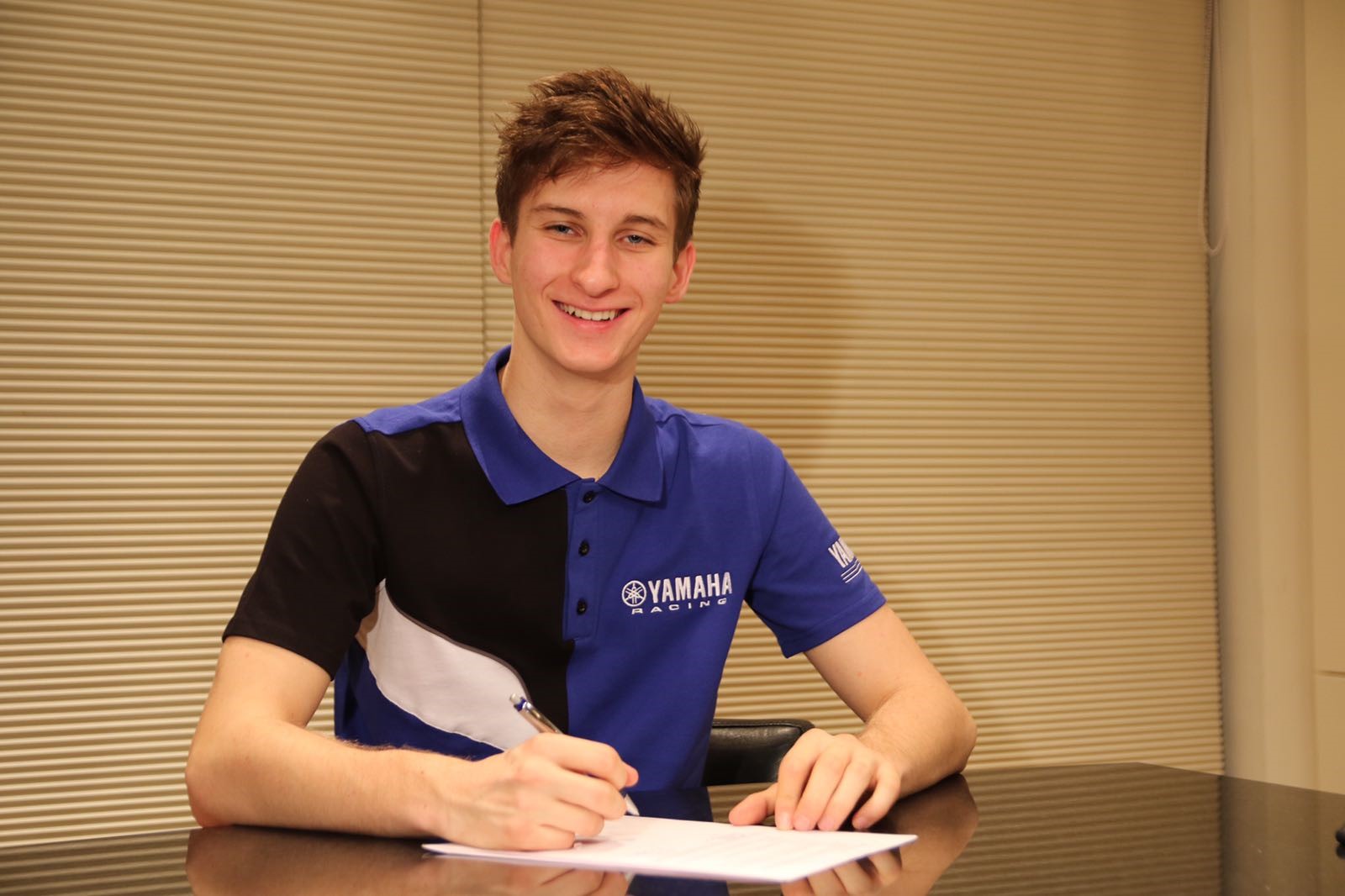 The only British rider to score points in the Supersport 300cc World Championship in 2017 made the announcement on the Paddock Show stage at EICMA, Milan, along with Team Manager Imre Toth.

Alex had an encouraging 2017, finishing in the top ten on several occasions on his way to 13th position in the final world championship standings.

With an extensive off-season testing schedule in place, both Murley and the team are excited for what 2018 holds.

Alex Murley:
“I am incredibly excited for next year. To stay with Team Toth Yamaha was quite an easy decision for me. 2017 was a solid season, and now we have the foundations to build on. We know how and where we need to improve and I can’t wait to get started. A big thanks to Imre and the whole Team Toth family for their belief in me and for their continued support into 2018.”

Imre Toth – Team Manager:
“We are delighted to have been able to retain Alex for next year. We had a great working relationship in 2017 and Alex made some great results for which we are very proud. We have a lot planned in terms of testing and with some small changes and improvements to the bike we are really confident that Alex can take the next step with our team in 2018. The target is to fight for the podium!”