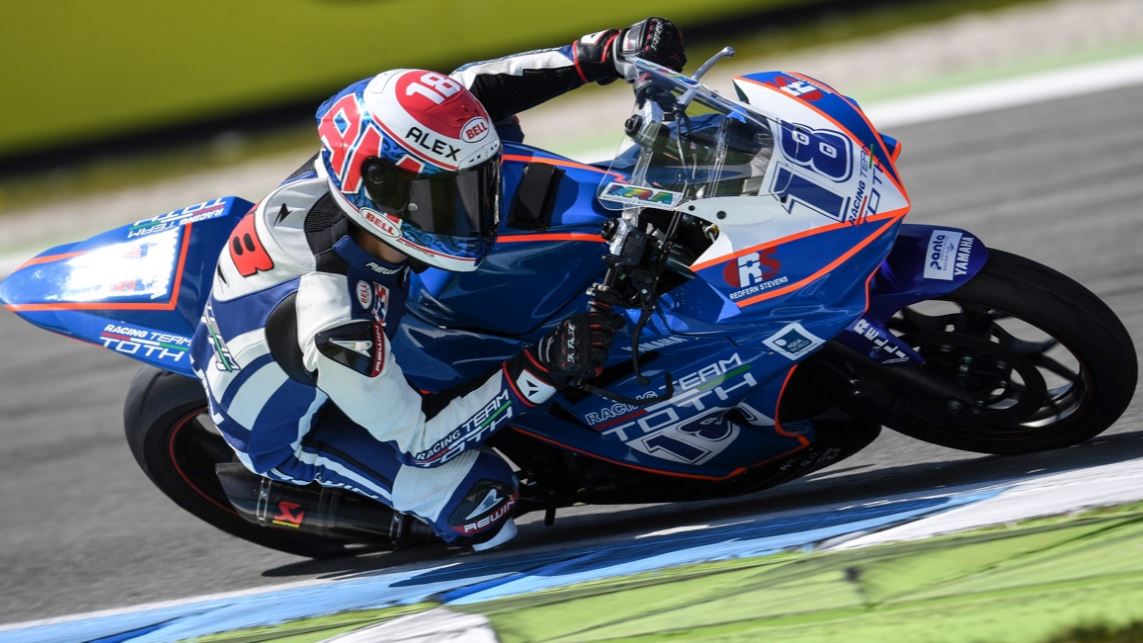 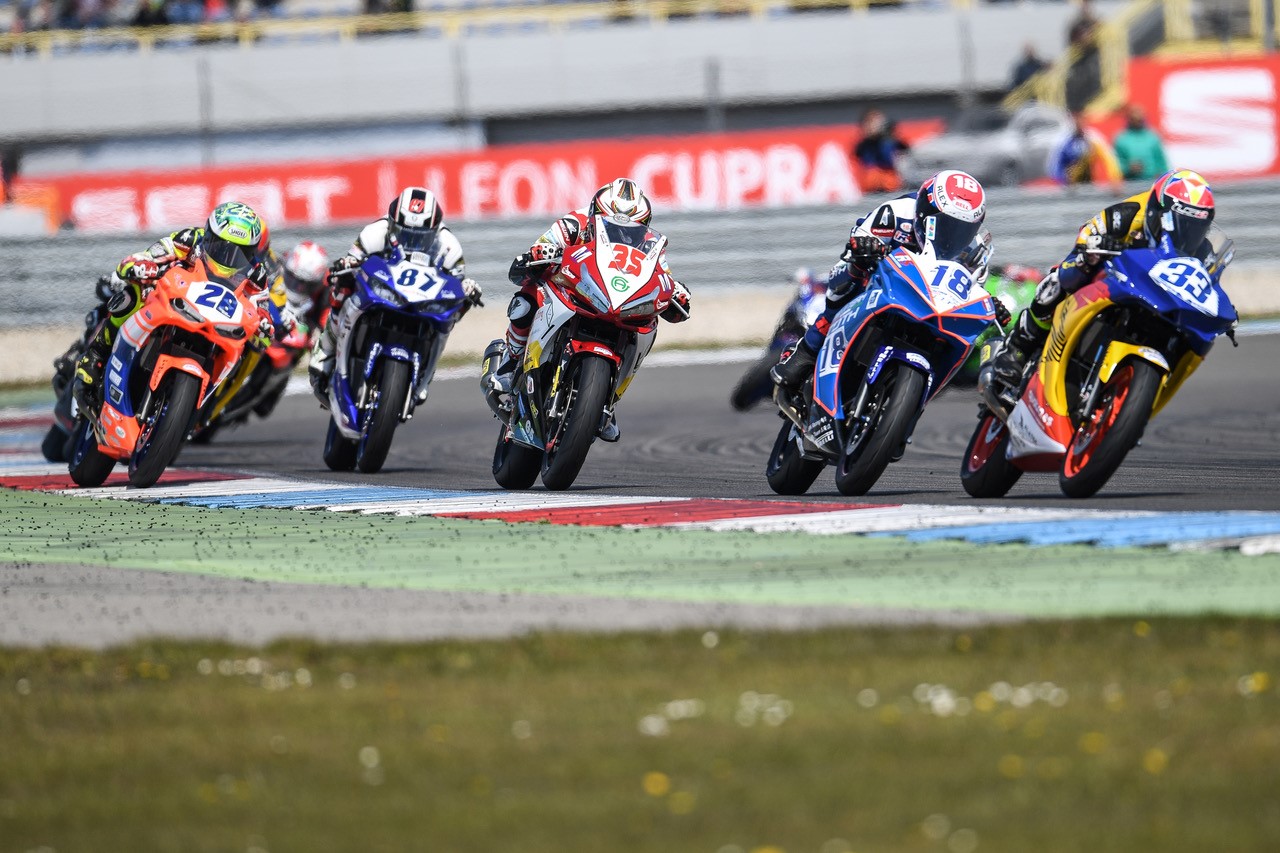 The Team Toth Yamaha rider once again had to overcome some small problems on Friday before pushing hard in Tissot Superpole to secure 14th on the grid.A good start to the 12 lap race saw Alex gaining places before a 15 rider leading group swapped places so frequently each lap that even the TV graphics couldn’t keep up. As the race settled down, the last two laps saw Alex scrapping hard for 9th, a position he just lost out on in the drag to the flag. 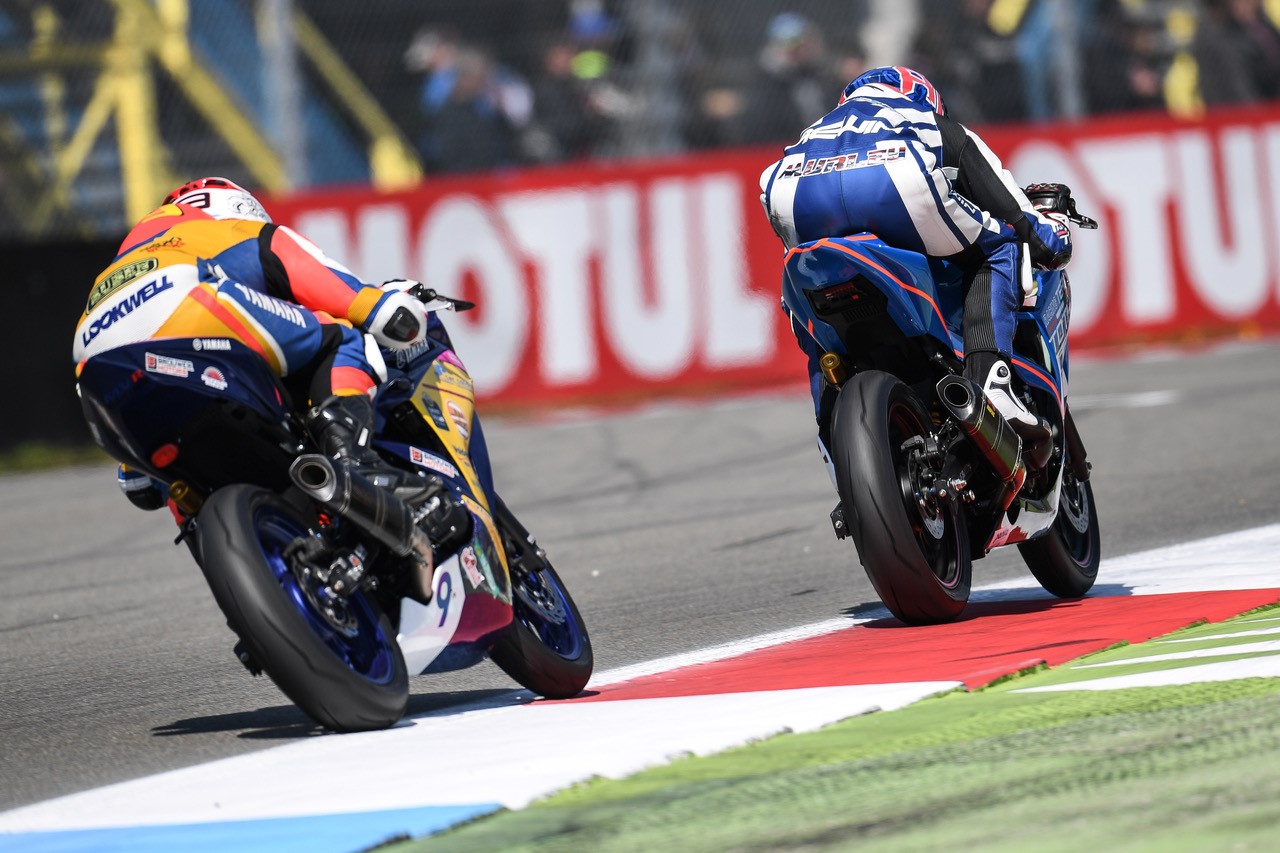 Yesterday’s result which saw Alex become one of only a handful of riders to finish both of the opening races in the hotly contested series has surely given the #18 rider from Birmingham the confidence ahead of round 3 at the iconic Imola circuit in a fortnight.

Alex Murley – 10th: “I am really happy with the weekend. In some ways it was another challenging one as we lost some time on Friday just like we did in Aragon. The team worked brilliantly though to fix our little glitches and we were able to have solid FP2. Assen is a great track, it felt like a second British round with all the Union Jacks and British fans around the circuit. Made a huge set up change for Superpole which worked and I ended up 14th, just missing out on a Superpole 2 start after getting held up by people looking for tows. Without that we could have been even higher. The race was a hard battle due to being a little down on speed but nevertheless I kept on pushing and managed to get my first World Championship top ten after a big fight with Ruben Doorakkers. We are getting some upgrades for Imola as we decided to take it step by step in the opening two races so both me and the whole team can’t wait to see what we can do there. It will be a nee track for me but Imre my team boss has a lot of experience there which will help. Big thanks to everyone who is supporting me, hope to see you all cheering at Donington Park in a few weeks.”