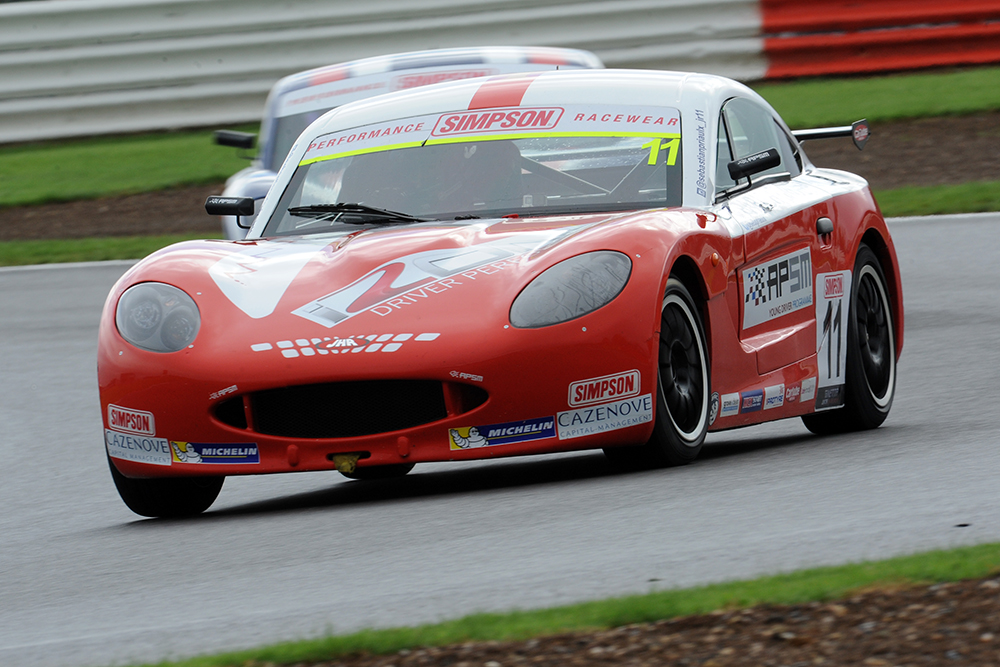 Following on from his impressive race three charge at Rockingham a couple of weeks ago Seb Priaulx continued his rookie season form as he stormed to victory at Silverstone yesterday in the latest round of the Ginetta Junior Championship. 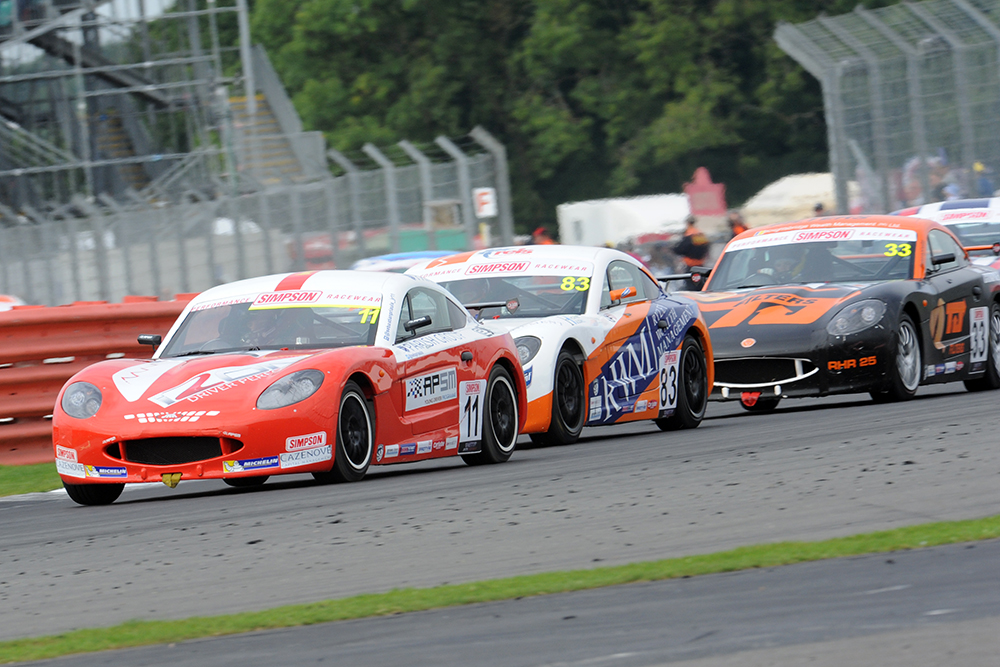 Strong from the start of free practice, Seb put himself in contention for another front running weekend after qualifying on Pole for the opening encounter at the iconic Silverstone circuit.

Missing out on the win by 0.158s in race one Seb made amends in race two with a perfectly timed move out of the last corner to bag a maiden win by 0.104s in a hotly contested battle that saw the top seven covered by less than a second at the flag.

Race three which took place earlier today so him finish a solid sixth after starting fifth in the reverse grid race which as ever was televised in ITV as part of the BTCC show.

In the overall championship Seb now lies seventh with a real chance of making it into the top five next time out at Brands Hatch in a fortnight.

Seb Priaulx: “Race one I started on pole which unfortunately was on the outside so we didn’t manage to make the holeshot. Silverstone is all about the slipstream so I was feeling good and was happy with the result after a tough fight. Race two I started second but was on the inside and although I didn’t lead from the start I had a load of fun bump drafting with Seb Perez.We were working together and on the last lap I was fourth and pulled off a couple of good moves to win at the line. Even better that unlike Knockhill it wasn’t taken away from me so I can say I am a winner now! Race three I started fifth and stayed fifth until the safety car came out. I was losing a bit of fluid and went sideways at one point which dropped me to sixth. The red flag came out and that was the result so maybe a bit lucky today but overall I am really happy and can head to Brands with my head held high.”