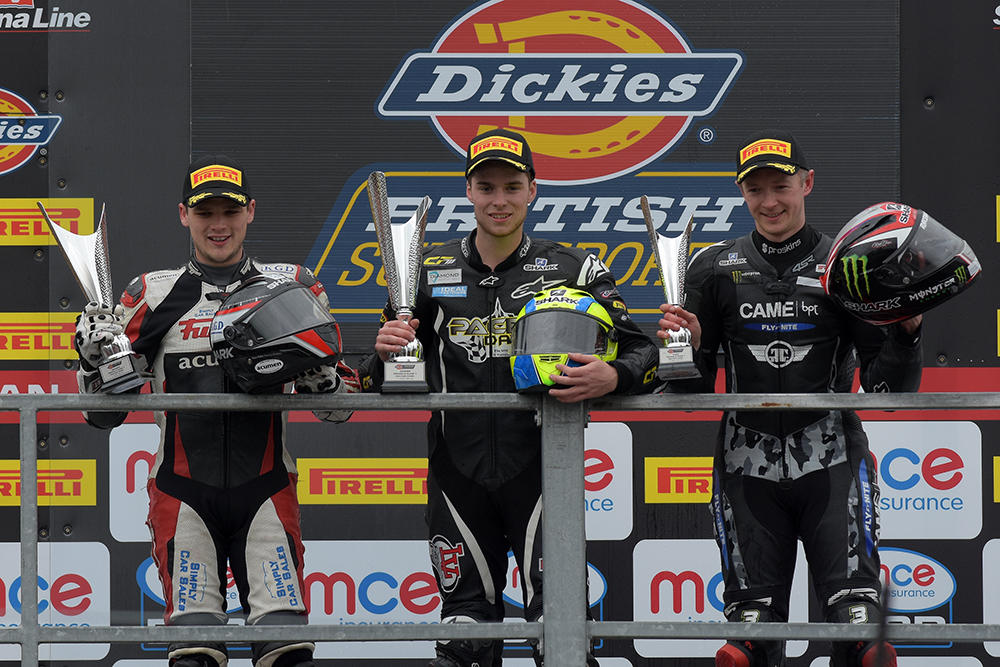 CF Motorsport had a successful Bank Holiday weekend at Oulton Park in Cheshire with Australian Ben Currie romping to his maiden British Supersport win on Sunday and talented teen Taz Taylor finishing 6th yesterday in the National Superstock 600cc race after starting from his first ever 600cc Pole Position. 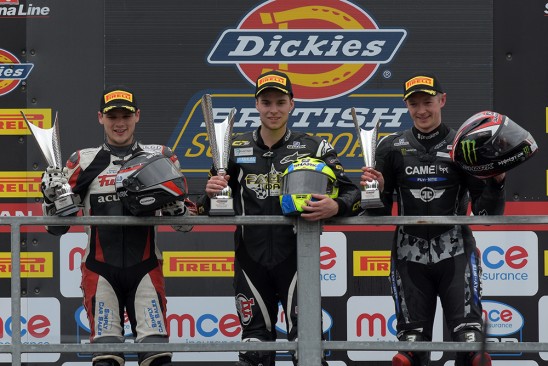 Saturday’s ‘sprint’ race for the British Supersport riders took place in very tricky conditions but that only played into the hands of Currie who mastered the wet conditions, coming from 12th on the grid to record his first ever victory in the series, returning CF Motorsport to the top of the podium for the first time in 2016.

Taz Taylor rounded out a brilliant Sunday for the team by securing Pole Position in STK600 in only his second ever outing.

Yesterday saw, as ever, huge crowds packed around the undulating 2.7 mile circuit with Taylor showing his potential for the second consecutive event, involving himself in the podium fight throughout the 9 lap encounter to consolidate his championship position ahead of round 3 at Brands Hatch.

The ‘feature’ race in Supersport however was a different story as Ben was taken out by a fellow rider on the opening lap whilst running 2nd. Starting from the middle of the front row of the grid courtesy of his lap time the previous day, Ben had made a great start and was challenging for the lead when he was tagged and sent flying into the trackside barriers. Thankfully the team can report nothing other than bruising and whilst naturally annoyed both Ben and the CF Motorsport will regroup, put the incident behind them and focus on round three at Brands Hatch in a couple of weeks time. 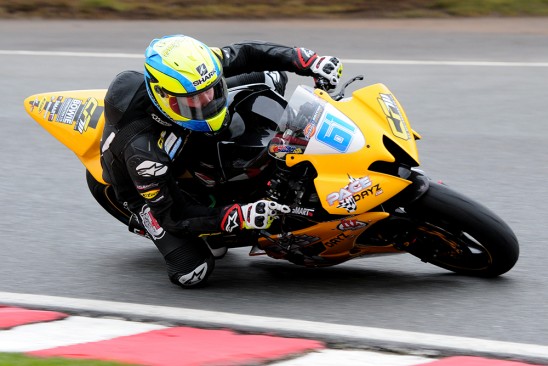 Ben Currie – 1st + DNF: “It was an up and down weekend for me, literally. I had a big highside early in practice and hurt my neck, back and arm and could only manage to qualify 12th in a wet and miserable qualifying session. The sprint race was perfect though. I made a good start, kept chipping away and eventually caught the leader, passed him to grab my first ever win in British Supersport. The feature race was a different story. I was running 2nd and then got slammed by Andy Reid, I went down and hit the barrier that had no air fence hard. Luckily I have no broken bones and despite the crash I must be pleased with what we achieved. The CF Motorsport team is working great, I am so happy to be part of it and I am sure there are more podiums to come.” 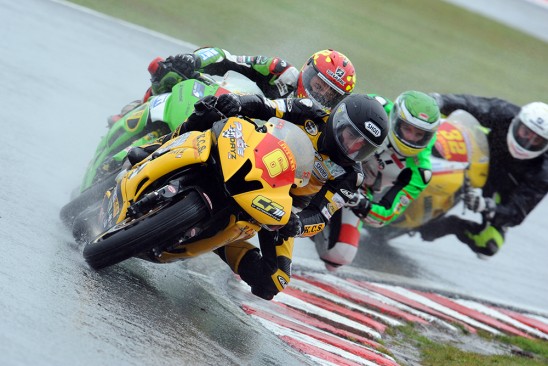 Taz Taylor – 6th: “I really enjoyed the mixed conditions in qualifying and was excited to start from the front row. I almost crashed on the first lap although I nearly crashed in the bad conditions. The race was pretty close and I was in the fight for the podium for the second race of the season so I can’t be too disappointed with how we have started the year. I’d like to say a huge thank you to Craig and the whole CF Motorsport team for the weekend.”