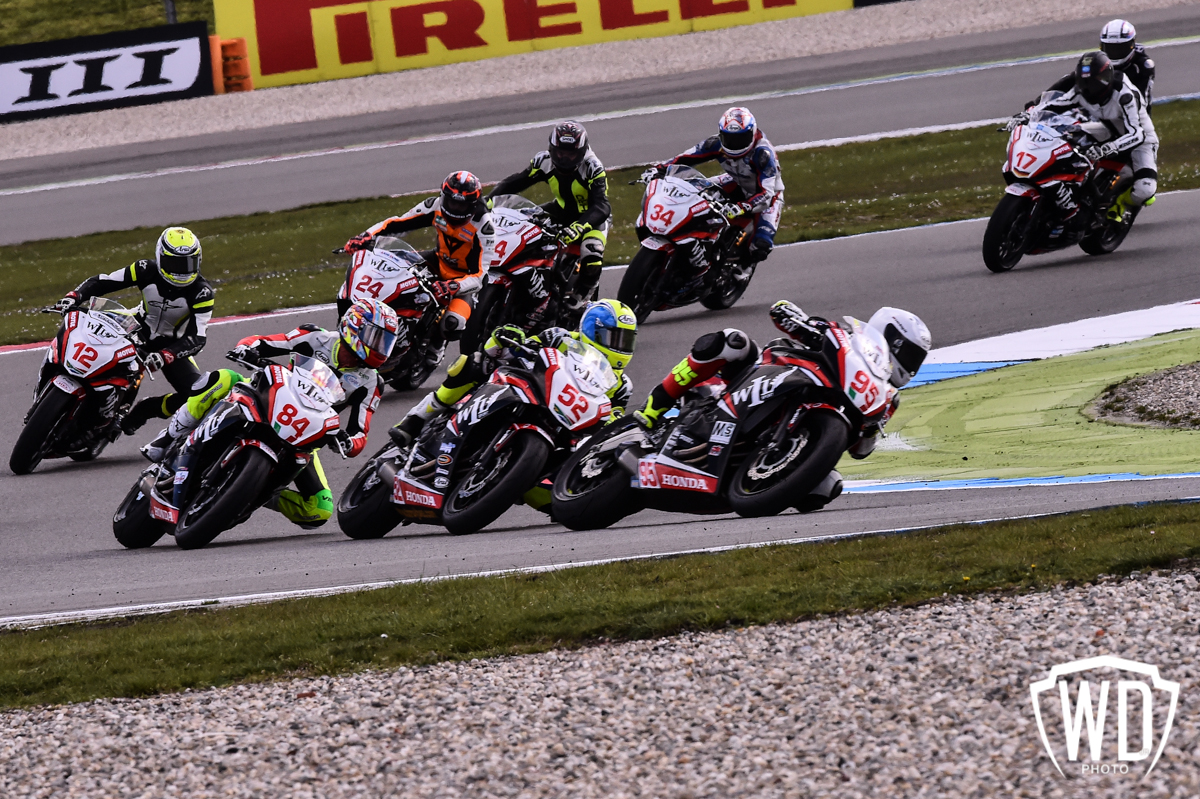 Assen, known to many as the Cathedral of Speed was the scene 12 months ago of Troy’s maiden European championship point scoring ride and the 15 year old South African was relishing the chance to show his true potential once more in front of the Dutch crowd.After running close to the top 3 in every session despite a small crash on Friday, Bezuidenhout qualified well in 5th securing a second row start on his Into The Blue – Costa Del Sol Scuba Diving Honda. 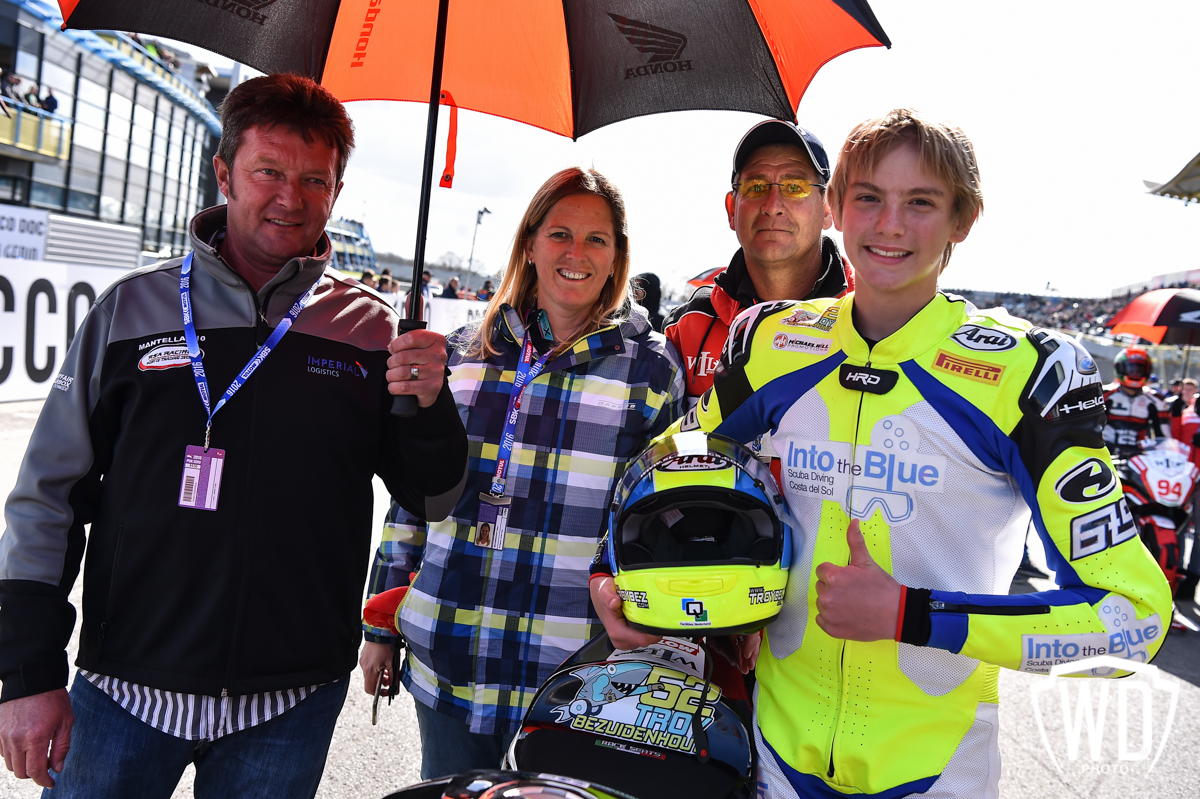 A steady start saw dropped the youngster to 8th on the opening lap before a number of fast laps and brave overtakes saw him up to 6th and closing in on the leading group of 5.

A near crash caused by a problem with the gear selector mechanism on lap 5 saw him lucky to stay on two wheels, the #52 rider losing time and places before he was able to regroup and take the flag in 7th, a career best performance for the second consecutive race. 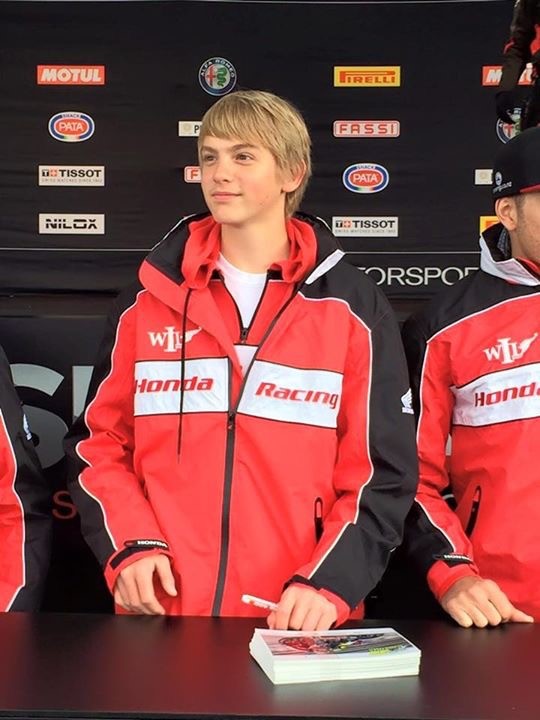 Troy Bezuidenhout – 7th position: “It was a great weekend but difficult at times because of the weather but I love Assen, I love the Dutch fans they are so loud so I was determined to do well. Friday was pouring with rain and I was very nervous before I went on track. I had a small crash at the end of the Free Practice session but it’s all part of learning and I was happy because I was one of the fastest riders. Saturday was a great day, I qualified 5th, on the second row for the first time ever and I was feeling so good on the bike. My dad did a great job. I also got to take part in the Meet ‘n’ Greet at the Paddock Show because of my championship position which was really good fun as I got to meet lots of fans. In the race I was just finding my rhythm when the gear selector began to jump so I lost a lot of time but i carried on and put in one of the fastest laps of the race to eventually finish 7th which is my best ever result in Europe. I would like to thank Arai as their helmet was the best in wet and the dry, Held for giving me a really funky looking and great suit, 6T9 whose products helped keep me looking so shiny and clean all weekend and of course to Into The Blue Diving who are my main sponsors again this year. Thanks dad you did awesome this weekend and thanks too to my mom for everything she has done. Thanks again to Gary Walton for the advice I really appreciate it and to Michael for keeping me calm. We don’t race this year in Imola which is a shame so my next race is in the UK at Donington Park which is also another track that I really enjoy so see you there!” 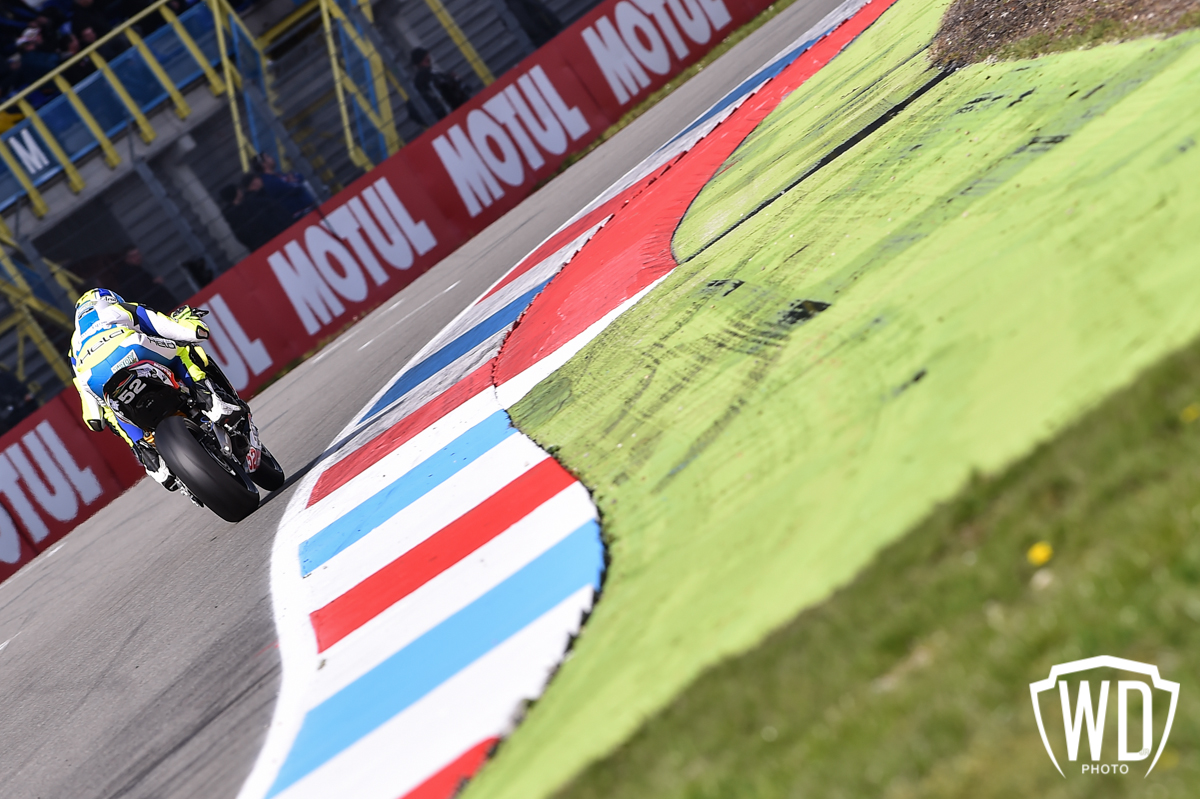