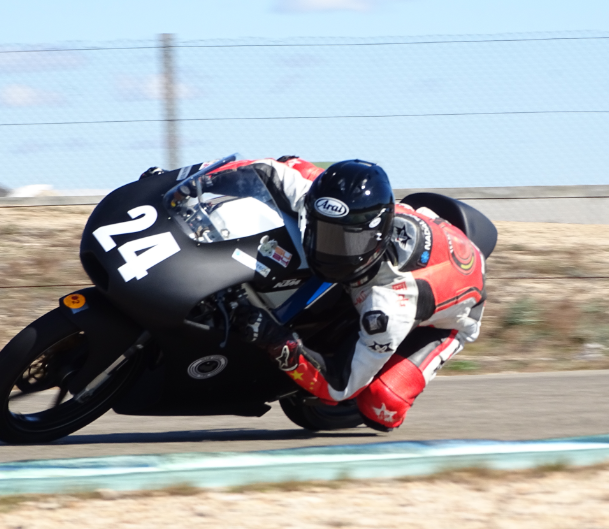 After a long winter of waiting Hunter Su was finally back on track over the weekend at the Calafat circuit in Spain as the preparations for his participation in the RFME Spanish Moto3 Championship began.

After a positive first outing on his new machine the young Chinese rider, who will embark on only his 3rd competitive season of road racing knows the challenge that he faces but is ready to continue in his attempt to become the first Chinese rider to compete full time on the world stage. 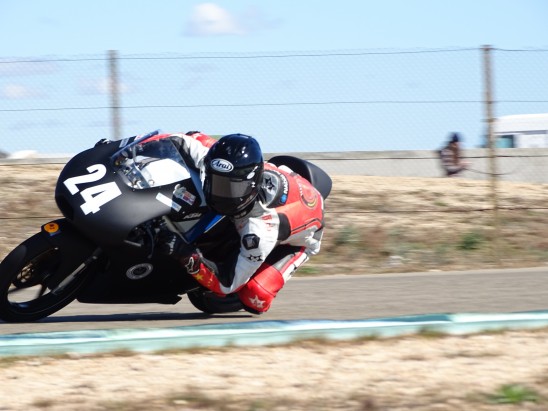 Hunter Su – Team China: “The main goal for the first day was checking everything on the bike, making sure everything was working as it should and to let me get used to the bike. After some small adjustments I was already comfortable and  ready to push a little harder in the afternoon! After almost half year of hard training during the off-season, I felt really strong getting back on a proper road race machine even though it was the first time on the KTM Moto3 machine. The extremely windy weather at Calafat didn’t bother me at the end of the day it was high fives all round – Mission accomplished! Jumping up to the RFME spanish championship Moto3 class in only my third year of riding will be a huge challenge for me, but I have grown a lot not only as a rider, but as a person. I’ve gained more life experience and most importantly learned to be patient. I’m ready to continue to work my way up through the midfield and I believe the wins will come to me eventually! Huge thanks to my Team China family, Nadal Tech, Arai, Ber Racing Europe, MH promotions, Spy optics, OGIO international, Atlas brace, all my sponsors, and all my family and friends for making it happen.”