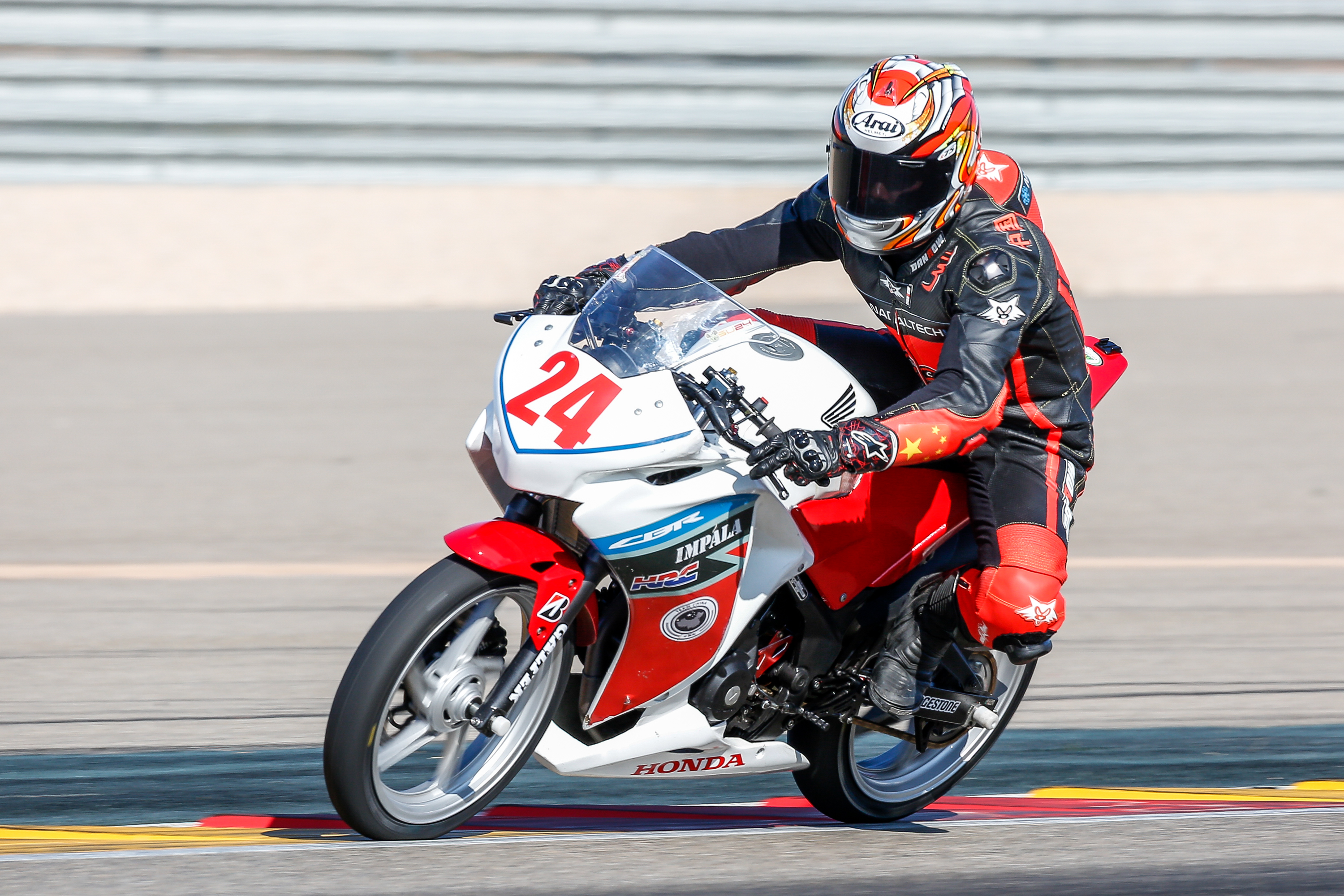 Hunter Su was back in action and back in the points in the latest round of the Copa 250cc Honda series, held yesterday (Sunday 6th September) at MotorLand Aragon near Alcaniz in Spain, just days after it was announced that he has been selected to join 124 other riders from all over the Asia Pacific region for the Shell Advance Asia Talent Cup (SAATC) selection day, where if successful he would compete on the world stage in 2016. 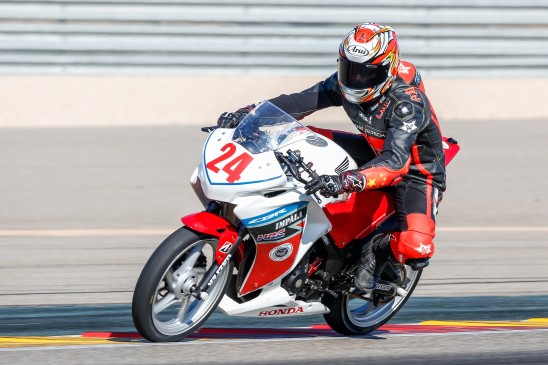 Hunter, the only Chinese rider to have ever contested the domestic Spanish series has impressed many during his debut year in the championship, and after a difficult weekend where he qualified 19th he would shine again in race 2 to add another valuable point to his championship tally.

The result was pleasing for the team after problems during practice on Saturday combined with too many technical changes but short their time to set-up the bike as they would have liked but nevertheless Su was able to dig deep, complete both races and continue his learning curve and leave Aragon confident that the final two rounds should bring better results. 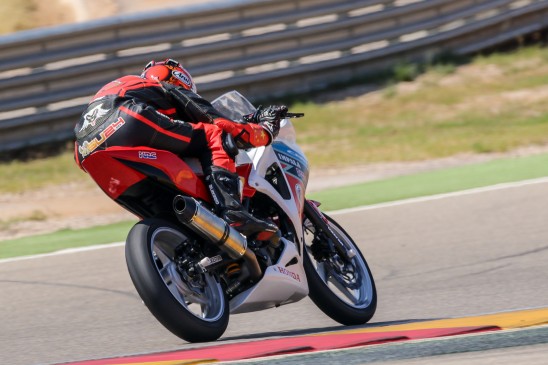 Hunter Su – Team China: “Aragon has been and still is my favourite Spanish track so far. It’s more technical and fast paced than the others, especially the chicanes and I really enjoyed throwing the bike around those corners! Overall this weekend was really hard and I really struggled with the bike setup once I got up to speed during practice. The first two sessions on Saturday were really good, I was getting use to the track and bike, but then the issues came during the third session. We made a small change ready for the last session of the day but the bike stopped running on the out lap due to a wiring problem. Ahead of qualifying I discussed the setup with the team and made a final decision where I dropped 2 more seconds! I was happy but could only manage 19th on the grid as everyone else also improved. Sometimes I need to remember that I am still learning but I went crazy on the setup for race one and went too far with the changes to the suspension – a huge mistake made by me as the bike was even worse. I was telling myself during the race to “chillax”. I tried my best not to make any mistakes and at least managed to stay with the pack although I ended up finishing 17th. Race 2 race was intense, a lot of riders crashed, and there was lots of bumping.  I pushed until the end and made no mistakes finally passing two riders at the last corner of the final lap to grab 15th and another point! The result doesn’t seem so great, but I have actually learned a lot of things mostly to not over complicate things and just ride. I want to thank everyone that is supporting me and especially the whole gang at Team China. Awesome work again.” 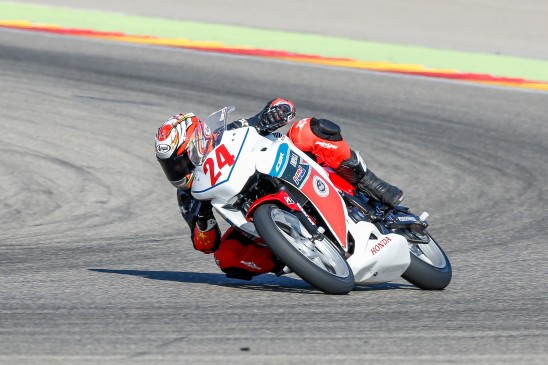 The penultimate round of the season takes Hunter and Team China to Albacete at the beginning of October before the season finale at Calafat on the 11th of October. 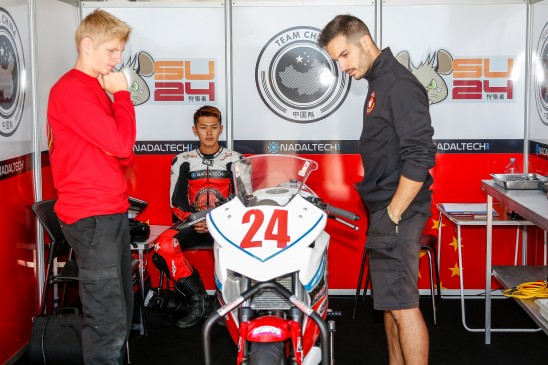 Ahead of the season finale, Hunter will officially launch his all new interactive website – full details coming soon!