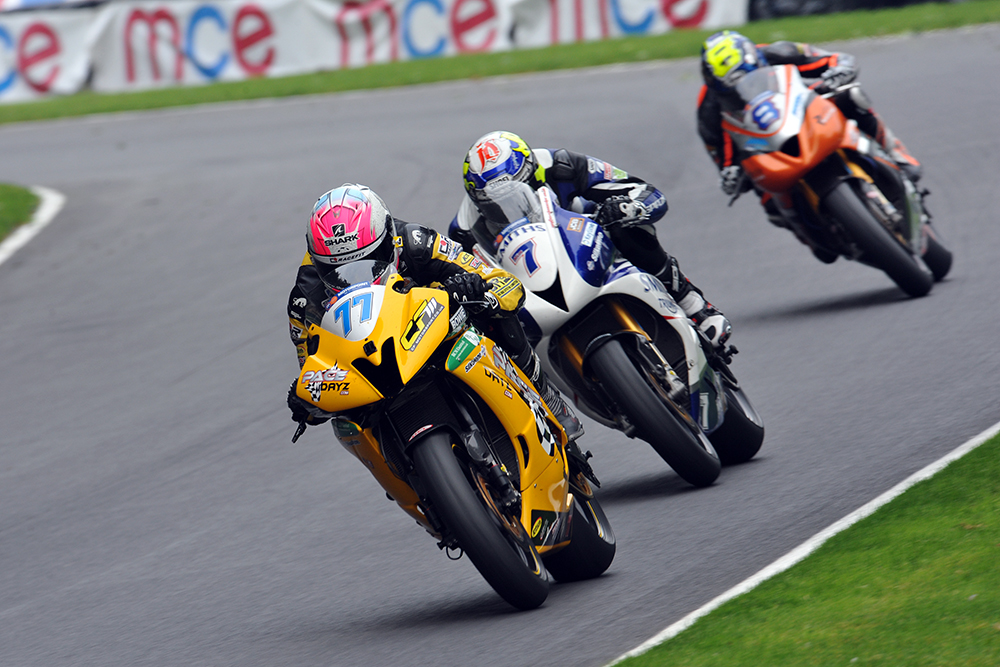 Cadwell Park in Lincolnshire was the venue for the latest round of the BSB British Superbike series with ‘Party in the Park’ as it is affectionately known once again providing the biggest crowd of the year so far. CF Motorsport riders Kyle Ryde, Ben Currie and Ross Twyman were in fine form once again as the Pacedayz.com Trackdays squad bagged more podiums in what is an already successful season. 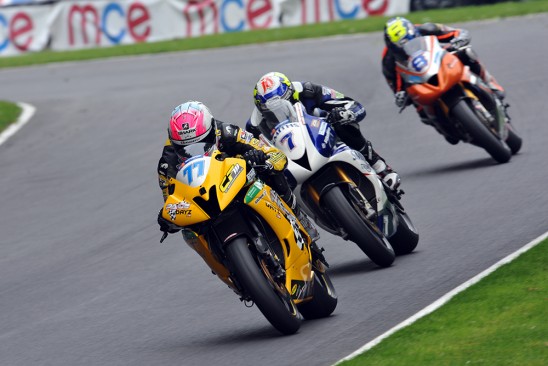 Qualifying went well for CF Motorsport, as Kyle Ryde slotted his R6 Yamaha into 3rd position, claiming another front row start in the process. The first attempt to get racing underway was red flagged due to an on track incident meaning a second bite of the cherry for Ryde who found himself in 5th in the early stages. In Saturday’s restarted and shortened  ‘sprint’ race Kyle made a better start spending most of the race in 2nd. A momentary drop to 3rd after a pass by Jake Dixon saw the CF Motorsport rider respond immediately regaining the position and clinging on to claim another 20 points and his 12th podium finish of the season at the flag.

Sunday’s feature race was a different story as Ryde started strongly, converting his front row starting position into the lead at the start of lap 2, a position he held until lap 8. A four rider group gave chase as the #77 pacedayZ trackdays edged way lapping consistently close to the lap record lap after lap. With the chasing pack eventually closing the gap,  Ryde took the fight to new leader Jake Dixon and championship leader Luke Stapleford who was now up to 3rd, the final few laps keeping the thousands of fans entertained. Retaking the lead at the start of the 13th lap Kyle once again showed maturity beyond his 18 years only to drop to 3rd at the flag after the leading three tangled at the end of the back straight costing Ryde the win by 0.542s. Nevertheless his 13th podium of the year consolidates his and the team’s 2nd position in the British Supersport Championship standings ahead of the next round at Oulton Park in a fortnight. 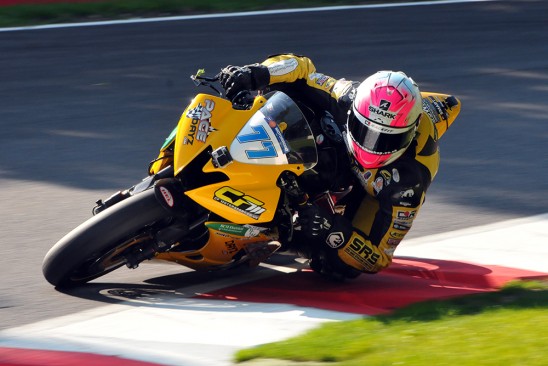 Kyle Ryde – 2nd & 3rd: “Bad start to the weekend where we ended up 7th on Friday. I could only lap at 1.30.6s when fastest was a 29.0s. We made a big change for qualifying and it paid off yet again thanks to Craig and I was able to put it 3rd on the grid going 1.3s quicker than Friday. In the first race I struggled a little to pass but it was a great battle to beat Jake for 2nd place! I felt good for Race 2 and really thought I had the package to win but Jake upset my rhythm with 2 laps to go with a good fair move and I had to follow him and Luke home for 3rd. The result on Sunday actually felt like a win because I’m back on track and not getting dropped! The championship is still to play for so bring on Oulton Park!” 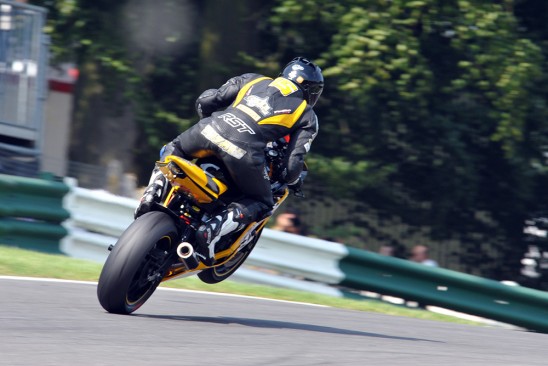 Ben Currie was running at the front at lap record pace before clipping the kerb at the boottom of the mountain section of the undulating Cadwell Park circuit, the Australian crashing unhurt from 3rd while fighting for the lead. Despite the crash Currie remains 2nd overall in the championship standings but has lost valuable points Mason Law who now leads by 48 points with 3 races remaining. Ross Twyman on the other hand had better luck aboard his CF Motorsport prepared Yamaha. Starting 14th he rode consistently, picking his way through the field to claim 7th at the flag, his second best result of the season to move into contention for an overall top ten championship classification as the season reaches its climax. 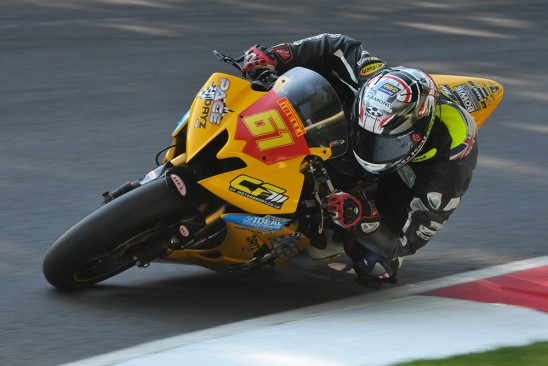 Ben Currie – DNF: “What a character building weekend. Struggled to put it inside the top 10 in qualifying before managing to qualify 5th in the last minutes was a relief. In the race I took off with the guys at the front and challenged from the get go. I was looking for a way through to the lead, made a slight mistake and got pushed back to third. Shortly after dropping to 3rd I clipped the kerb at the bottom of the mountain and that was the end of my race. From a championship point of view we can still win but I think all realistic hope went when I fell. Devastated doesn’t really describe how I feel right now! Big thanks as ever to Craig and the whole team – I will keep fighting till the end” 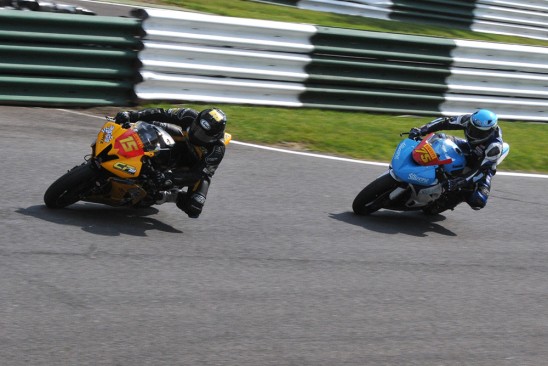 Ross Twyman – 7th: “We started off on the right foot in practice and I felt good with the bike but in Q1 I dropped back a little bit. With a few things to try for Q2 I new I could move up and after improving by 0.6s I ended up 14th. I struggled with sector 3 the whole weekend and knew that was the bit to work on for the race. I got a good start but got boxed in on the first lap and struggled to make up places however I kept pushing and eventually finished 7th. We will take the 9 points and move on to Oulton Park in a couple of weeks. Big thanks to all the CF Motorsport team for there hard work, we will get there soon! Also big thanks to my sponsors for there continued support.”