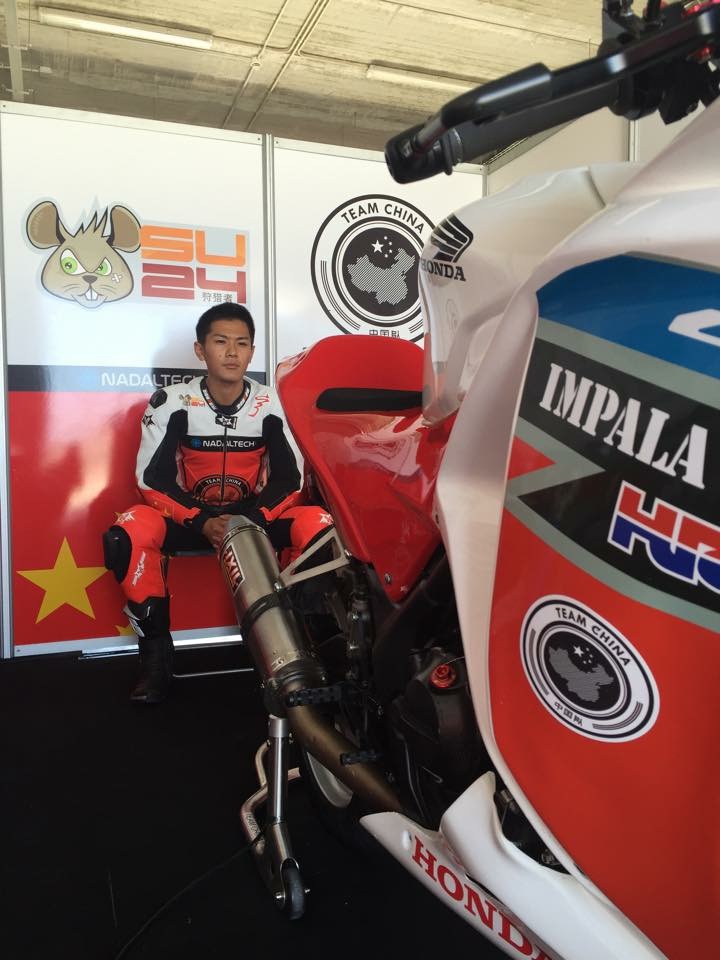 The 3.9km Navarra circuit played host to the most recent round of the Spanish Copa Honda CBR250R championship with Team China’s Hunter Su once again producing two solid results, the youngster who is now based in Spain claiming 13th and 11th respectively in Sunday’s two 11 lap races. 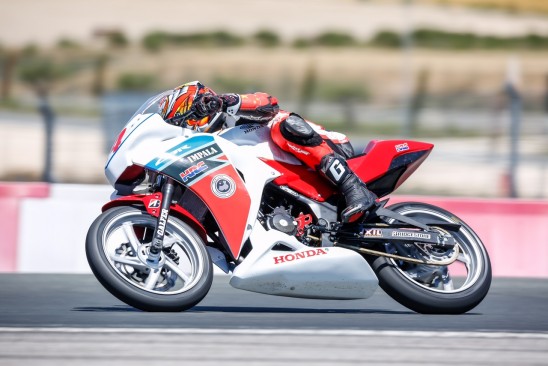 With the championship nearing the halfway point, Su continues to hone his skills, improving all the time and developing as a well rounded motorcycle racer.

The recent event, with races held on Sunday 28th June was run in almost ideal conditions, Hunter qualifying on row 5 of the grid in 14th. 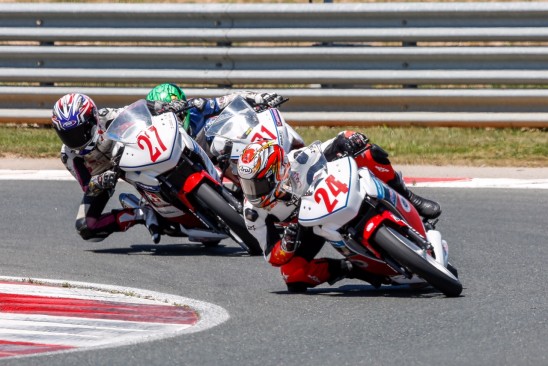 In both races, the only non-Spanish rider in the series learned a lot and after outbreaking himself in the closing stages of the opening encounter he regrouped to pass one his rivals in the final meters in days final race to grab 11th on the run to the line.

It’s no secret that the racing in Spain from grass roots to the GP is second to none and for Su he’s relishing the opportunity to mix it week in week out with some of the fastest Spanish youngsters on two wheels. 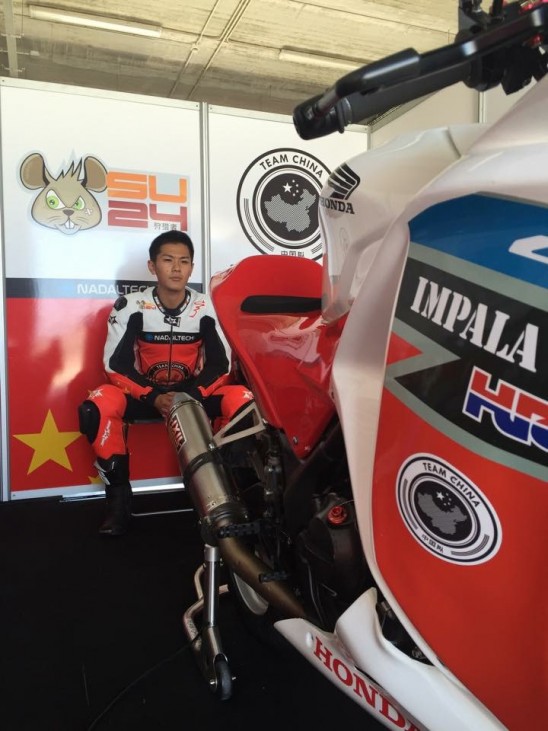 Hunter Su – Team China: “For the first race, I had a normal start,  but I tried to get to the inside as soon as possible since turn 1 and 2 are really fast corners, and it turned out like I expected, a lot of people went wide. I was battling with a rider who is usually a lot faster than me, but I don’t have too much experience when it comes to following and partnering up with other riders, so I was breaking deep and trying to pass him all the time, which slowed us both down. Eventually I went straight on at one of the heavy breaking corners, two riders passed me and I finished 13th. Another lesson learned – I need to have patience! Race 2, was way better. I had some traffic at the first couple of turns on the first lap, and they held me back meaning I had 3 seconds to make up to the rider in 11th place. I was more concentrated than ever and I could see myself getting a tiny bit closer every single corner. Half lap through lap 8, I was only 1 second away. There is a short straight followed by a super tight comer, and after sliding the bike into the turn amazingly I closed the gap to be right with him. I drafted him at the end straight but I played it safe, keeping the gap as close as possible, and eventually made my move, passing him just out of the last comer to take 11th place on the line! Racing is definitely a mind game and I’m loving it!” 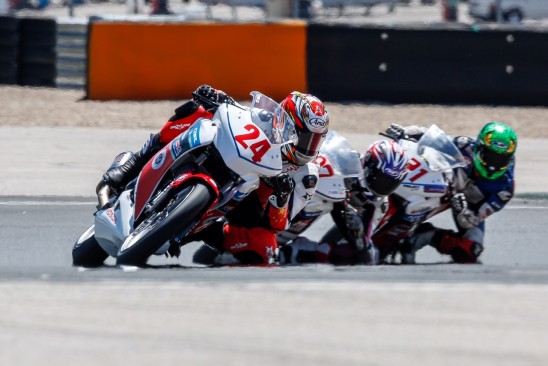 In the championship, Hunter has jumped into the top 15 thanks to his points haul from Navarra. The next race is due to take place in Barcelona at the Catalunya circuit on the 19th July before heading to Aragon, Albacete and Calafat.