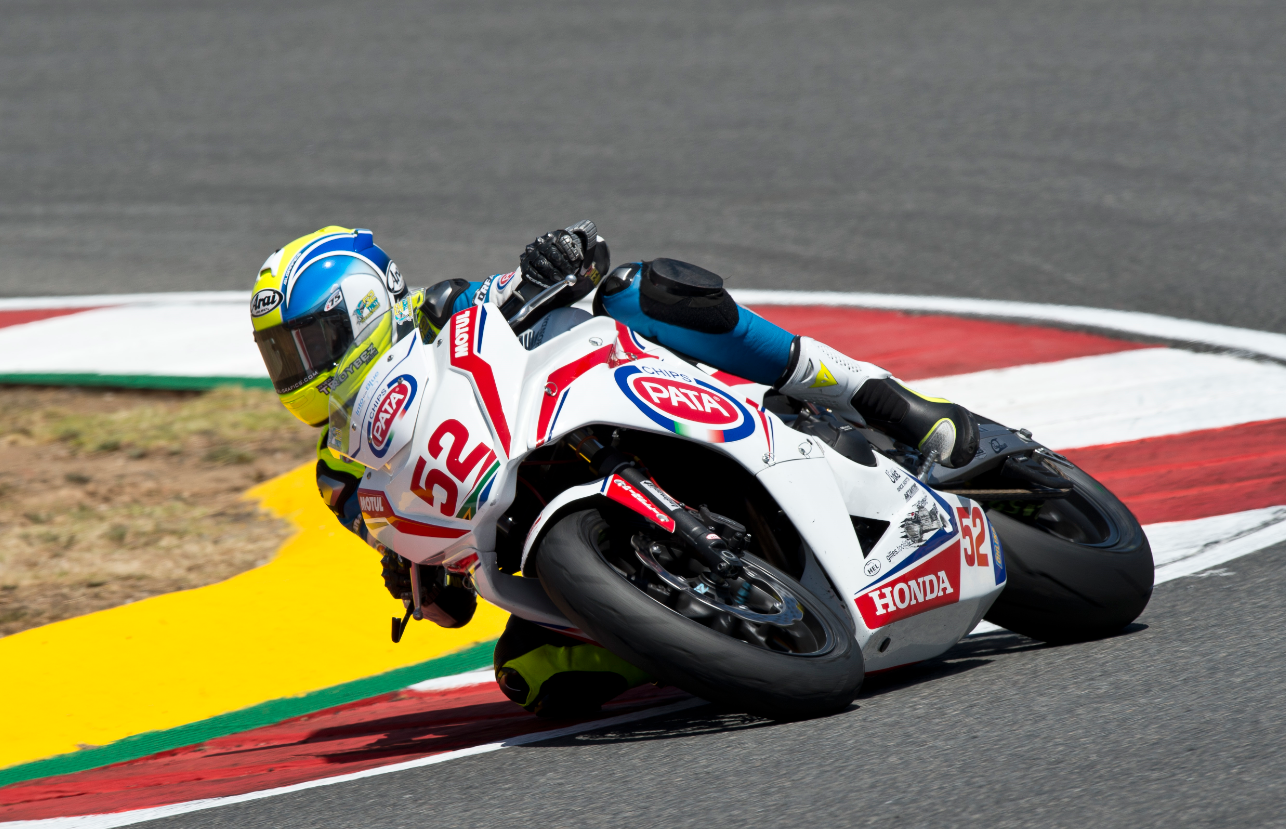 Troy Bezuidenhout continued his impressive run of point scoring finishes with a season best result of 11th in a shortened European Junior Cup race at Portimao that saw the 14 year old fighting for the top ten throughout. 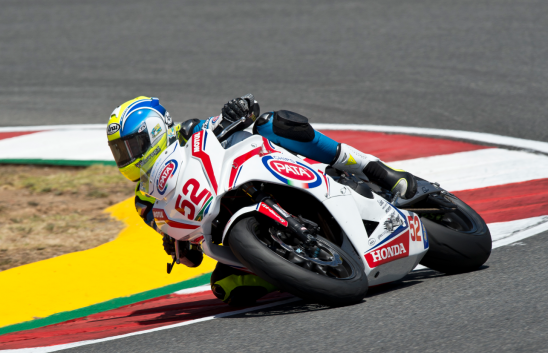 With weather conditions almost perfect and temperatures hitting 30 degrees, Troy made a great start from 14th on the grid moving into 8th into turn one before several riders collided bringing out the red flag.

After a short delay the race was restarted over a reduced distance of 6 laps. Bezuidenhout once again made a great start passing several of his rivals during the opening lap.

Part of a 4 rider battle that raged throughout, the last lap was frantic as Troy once again showed race craft beyond his 14 years to cross the line an excellent 11th in a photo finish for tenth, grabbing another 5 championship points in the process. 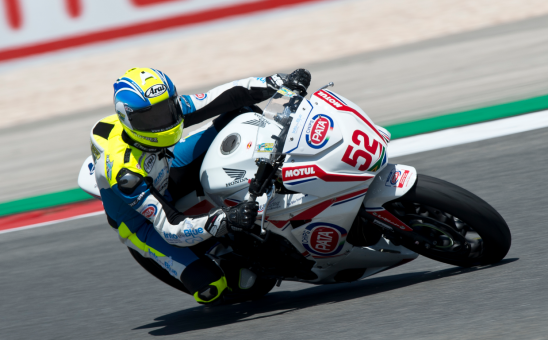 Troy Bezuidenhout – 11th position: “This weekend was amazing! Every race we are getting closer and I’m getting happier with the bike. The track was absolutely amazing, it reminded me a lot of Kyalami. I got my best qualifying of the year in 14th and was happy that we had no problems. The race was really good but unfortunately there was a collision in the first start and I had to go off the track and ended up 22nd but luckily for me the race was red flagged. My second start was even better but with a couple of mistakes I dropped back a little bit, and ended up having a great dice for 10th. Thanks to my mom, dad Bianca and Tom, grandparents, Ondrej Jezek, Into The Blue Diving and Arai for all the support bring on Misano!” 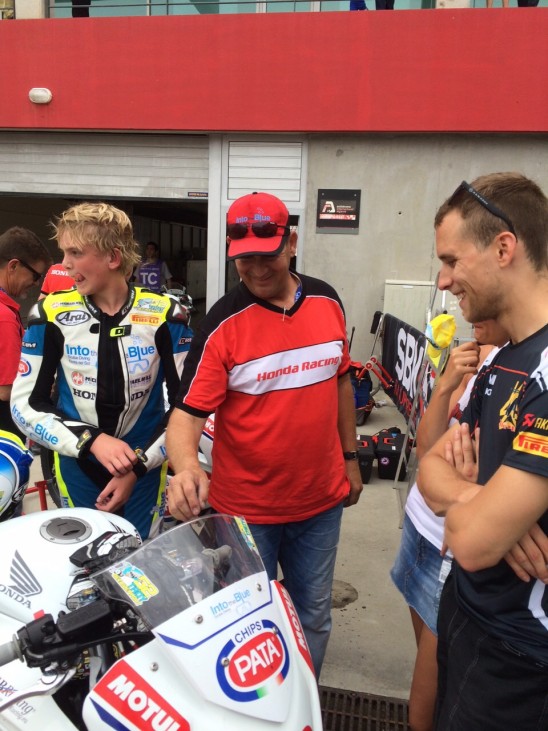 Arriving in parc ferme he was greeted by applause from a number of supporters including his main sponsor Into The Blue Diving and Superstock 1000 front runner Ondrej Jezek (who helps Troy with learning the circuits), as well as his parents and sister Bianca.