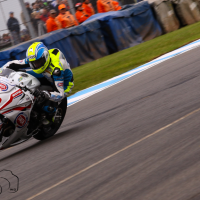 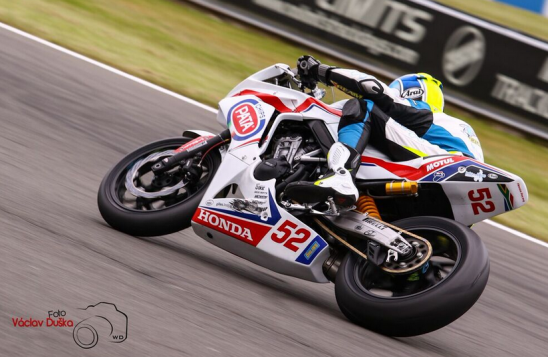 The weekend started strongly for the 14 year old as he learnt his way around the 2.5 mile Leicestershire circuit and confidence was high going into Friday’s first qualifying session. When qualifying arrived, Troy suffered a technical problem meaning he was left back in 24th on the provisional grid after only completing 2 laps in the session.

Some great work by his father Charles, that included changing the radiator allowed him to be back on track for the decisive final qualifying session where he improved his lap times by 2 seconds to qualifying well inside the top 20.

Race day dawned with rain clouds hovering overhead and as the riders lined up on the grid for the race there were a lot of people looking toward the skies. Thankfully the rain held off and when the lights went out Troy made an incredible start, passing several people into the Redgate (the first corner). 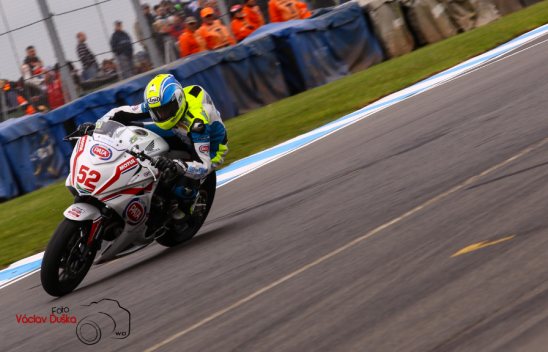 Several seconds later there was a huge crash involving six of the leading bikes. Troy along with the rest of the riders following close behind were lucky not to be involved in the chaos, but they lost several seconds as they filtered through the crash scene.

The race continued with Troy showing grit and determination and with three laps to go he had clawed his way into point scoring contention, treating the thousands of fans watching at the track with a fantastic battle, as he and Braeden Orrt swapped places several times in the run to the flag.

Troy was eventually classified 15th, claiming his 4th championship point of the year to move into 18th overall in the European Junior Cup standings at the half way point. 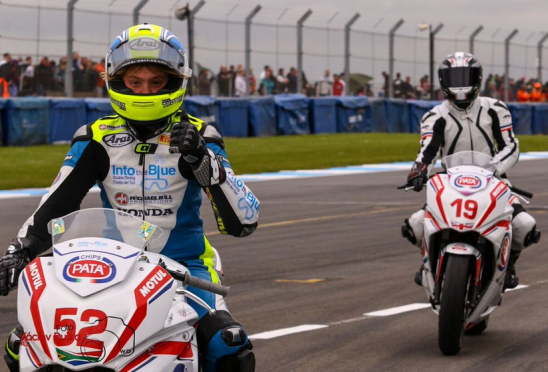 Troy Bezuidenhout – 15th: “This weekend started off well, I felt good and comfortable and everything seemed fine until on my 2nd lap of the second session going down the back straight the radiator cap blew off covering me in water and I had to pull off. My dad worked hard and we had to change the entire radiator system, so a big thanks to him. The second qualifying was very hard everyone had picked the pace up and I was still learning the track and I ended up 19th. In the race, I made my best start of the year making up several places but then disaster, pandemonium, chaos, and mayhem struck. I lost lots of ground that I had to try catch up. I made it up to 15th where Braden and I had a great battle for 14th. He just pipped me but I will get him back in Portugal. I hope all the riders that crashed on the first lap are ok. Thank you to my mom and dad, Into The Blue Diving, Arai helmets and everyone who supported me through this weekend!”

At the end of the day Troy was invited to the SBK Spectacular, a 45 minute show for the fans. 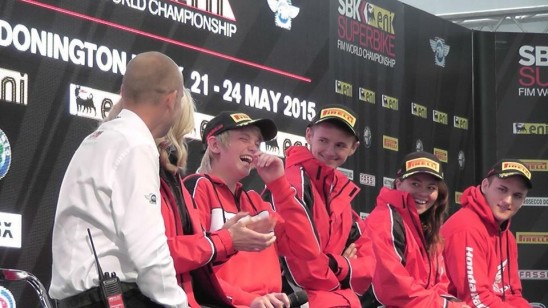 The 5th round of the EJC takes place in Portugal at the Portimao circuit in a fortnight.