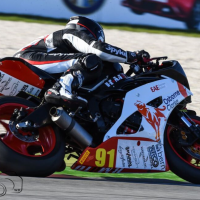 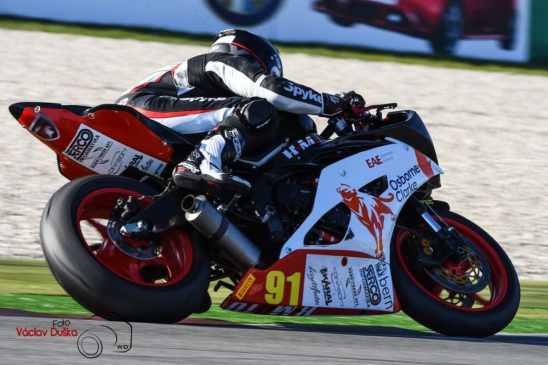 Aleix Aulestia heads to Imola for the 4th round of the FIM Europe Superstock 600cc championship on the 9th May after making positive steps forward at the recent Dutch round at the TT Circuit, Assen.

Despite finishing outside the points Aleix and the H-Moto Team are working well and confident that further improvements will come as the season progresses.

This year’s European Superstock series sees 38 full time entrants, and with lap record pace in all 3 of the races so far the level is high.

With only a handful of laps at a cold and damp circuit in Hungary counting as ‘testing’, the opening weekend of actual race activity held at MotorLand Aragon was viewed as an extended test, as both Aleix and the team found their feet. Improvements came throughout the weekend, an improvement that continued into the Dutch event at Assen.

A slight spill in FP1 didn’t deter Aleix and the team, and after a determined race on Saturday evening, they were able to score their best result of the year so far.

Aleix Aulestia – “It was a difficult weekend to find a good set-up for me to be comfortable on the bike, especially with the rear. Also to have a wet FP1 didn’t make it easier, but for the race it was better. It was a shame I lost some positions in the first corners but I made some good overtaking moves and had fun. If I have better luck with my starts I may have a chance to challenge for the points in the coming races. We still have work to do because I didn’t improve on my Assen laptime from last year. The team is working hard and we are all motivated, so a big thanks to them. We move on to Imola much more confident!”

Round 4 of the 2015 FIM Europe Superstock 600cc series will take place on Saturday 9th May, at the Imola circuit, Italy.