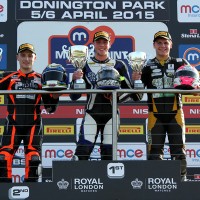 It was a successful start to the British Championship season for the Pacedayz.com European Trackdays squad of Kyle Ryde, Ben Currie and Ross Twyman, as all three powered their Yamaha machines to impressive and encouraging results at Donington Park yesterday – Kyle Ryde scoring a podium on his Supersport debut, and Ben Currie securing a maiden podium in the Superstock 600cc race. 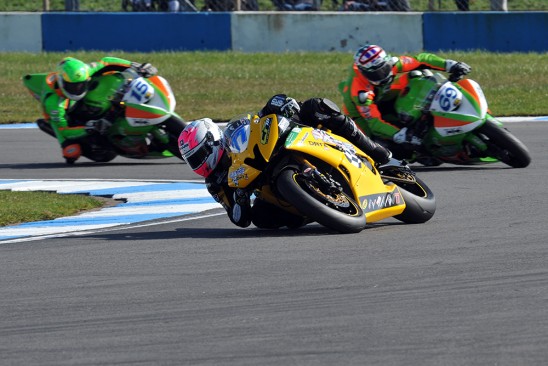 Kyle Ryde, the reigning National Superstock 600cc Champion, showed maturity beyond his 17 years, claiming a credible 4th place finish in Saturday’s ‘Sprint’ race before another hard charging race, learning his craft with each of the 18 laps saw the youngster finish a superb 3rd in yesterday’s ‘Feature’ race aboard the Pacedayz.com European Trackdays Yamaha. The youngster who impressed during winter testing, qualified on the front row for the opening race that saw him narrowly miss out on a podium finish after running at the front for the entire race. Starting Sunday’s race from the second row, courtesy of having posted the 4th fastest lap in race one, Kyle was soon up to 2nd and challenging for the lead for the second time in two days. A number of decisive overtakes at half race distance prevented any further push for the win, but nevertheless Ryde was clearly elated to bag his maiden Supersport podium at the opening round of the 2015 season. He heads to Brands Hatch in a fortnight with 29 points on the board and with the confidence that both he and the team can now be considered genuine podium contenders for the rest of the season.

Kyle Ryde – 4th and 3rd: “It has been a great weekend. To get my first ever podium in British Supersport at my home race in front of all my family, friends and supporters was a brilliant feeling. All together I’ve been there or thereabouts inside the top 4 all weekend, so with the 4th yesterday and the podium today I’m over the moon. I can’t thank Craig and the whole Pacedayz Trackdays team enough for making the bike mint!” 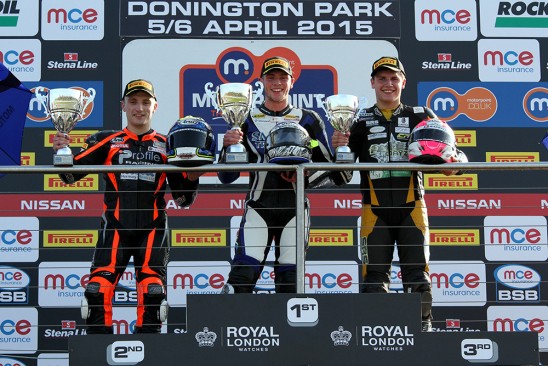 Ben Currie and Ross Twyman had a great start to their 2015 National Superstock 600cc Championship campaigns bringing their Pacedayz European Trackdays Yamaha machines home in 2nd and 6th positions respectively at the end of an action packed opening race at Donington Park.

Starting 2nd on the grid, Currie was a front runner from the start, dropping to 4th early on before regrouping to grab a maiden podium finish on his debut with the Pacedayz European Trackdays squad at the end of 14 laps that saw the pace car deployed in the opening stages because of a fallen rider. For Currie, the result has given the Aussie a boost of self confidence for the season ahead, where he now gearing up for a title challenge.

Tyman qualified 10th but was elevated to the 3rd row, starting 9th following an infringement by a rival. Ending the opening lap inside the top 6, he lost touch with the leading trio after the safety car period, before like his team mate, he regrouped, moving into contention for 4th, before eventually finishing 6th at the flag.

With both riders showing pace, and the Pacedayz Trackdays Yamaha once again proving competitive, optimism of further solid results as the season moves to round two is high. 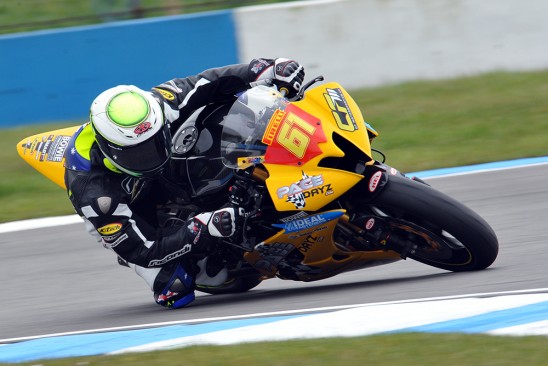 Ben Currie – 2nd: “It’s been a great start to the season for myself and the team. We have taken solid points away from the first round, which was the plan, and secured my first ever podium which is fantastic. I have lots to work on in myself to be ready to fight even harder at the next round but all in all it’s been a great effort from the entire Pacedayz Trackdays team, so a huge thanks to them and to all my sponsors for making this result possible.” 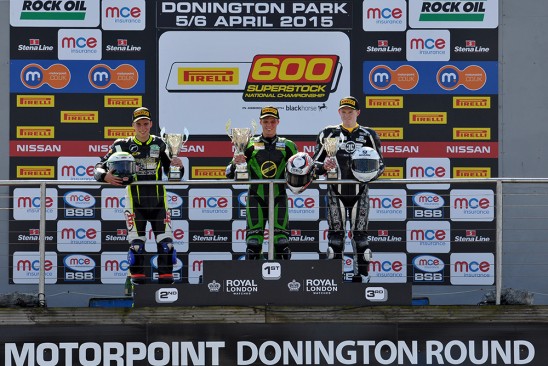 Ross Twyman – 6th: “I made a good start and was soon up to 5th. My aim was to tag on to the front boys but when the safety car went in I lost some time. I managed to to make up some ground to the rider in 4th and passed him and then focused on trying to create a gap behind. I couldn’t get into a proper rhythm and settle down and in the end I dropped back to 6th which is not too bad when you consider that I started 9th. It was a good solid start but for Brands Hatch I want to be higher up. A big thank you to the whole team, it’s great to be part of the Pacedayz family! Thanks to all my sponsors too, see you at the next one” 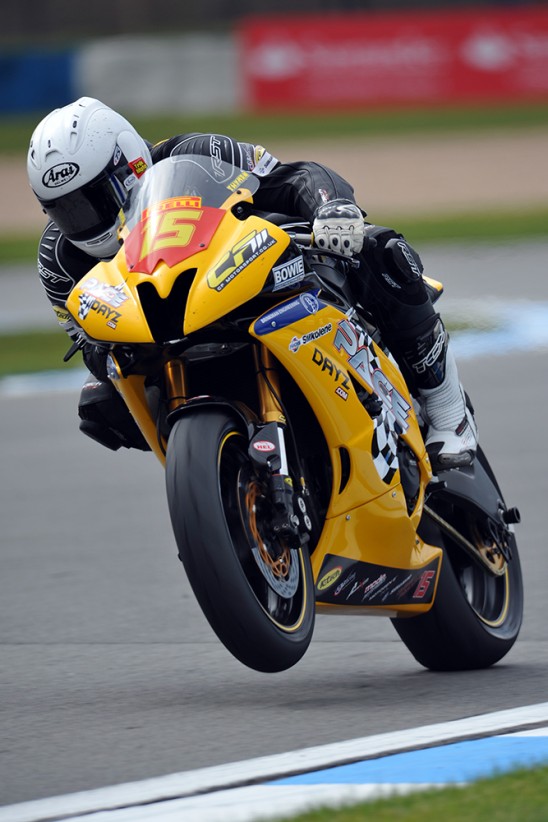 The next round of the British Supersport and National Superstock 600cc Championships will take place at Brands Hatch in two weeks time.

photos courtesy of Ian at bikesportpics