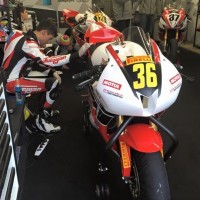 The opening round of the French Road Racing Championship at the historic Le Mans circuit in France last weekend was an event of ups and downs for rising American star Jayson Uribe, who despite showing his raw talent was unable to finish either of his two races after falling in both encounters whilst battling hard at the front.

For Uribe, Le Mans marked his debut in the French National Superstock 600cc series with the Race Experience Junior squad but the youngster, who is basing himself in France during 2015, showed no signs of struggling with the step up to a larger machine after campaigning a 125cc and Moto3 machine in recent years. The American also seemed right at home with the Race Experience Junior Team which boasts a number of key personnel that should allow Jayson to progress quickly during the year.

Qualifying easily in the top ten, Jayson was up to 2nd position in race one before crashing out of contention. A similar fate in the second race of the day saw him high-side his CBR600cc Honda spectacularly, landing hard, resulting in a trip to the local hospital, where thankfully there were no signs of any serious injury, and no broken bones. 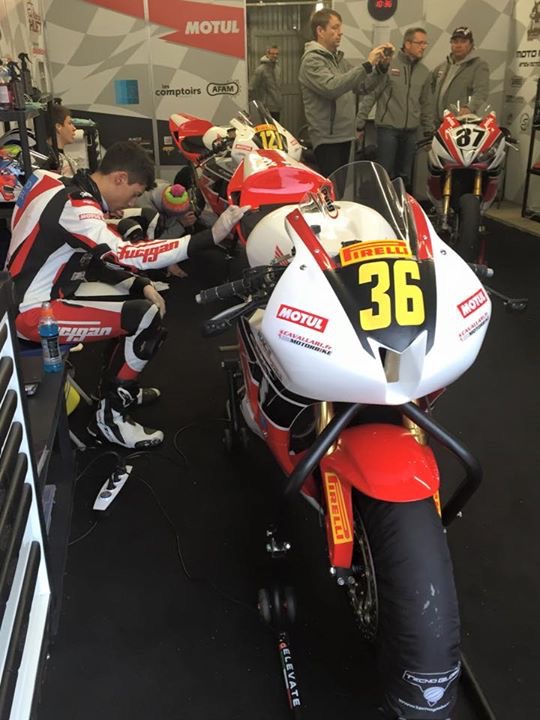 Jayson Uribe: “I had a rough weekend at Le Mans for the first round of the FSBK series. I had good qualifying sessions, ending 4th and 9th in my class, but the races didn’t go as I’d hoped. We struggled a little with bike set up all weekend, trying to get the rear to be more stable under power, and in the end it bit me. We learned a lot, and we are moving forward so we cannot be too downhearted as we were able to run towards the front before the crashes in both races. I can’t thank my team enough, especially my mechanic Fabien for all of their hard work. I am feeling quite sore but thankfully there is nothing broken and I will come back stronger at Round 2 at Nogaro which will be better!”

Uribe will now return to training as soon as possible ahead of the second round of the FSBK championships at the Nogaro circuit in early April.