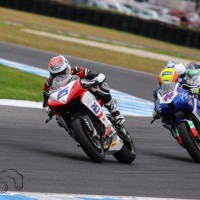 Alex Baldolini had an encouraging start to his World Supersport return, finishing 7th in the opening race of 2015 after a spirited ride on his MV Agusta machine at Phillip Island. 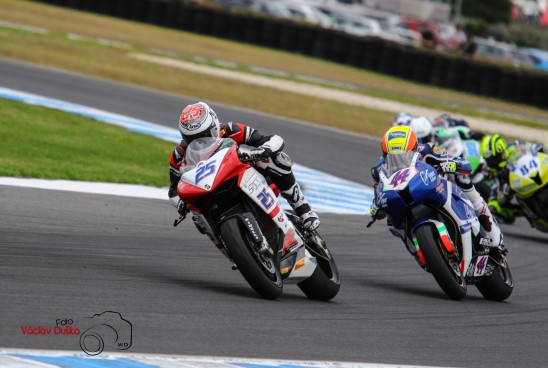 The former Supersport podium finisher has worked hard during the winter to create his own new look Race Department ATK#25 Team, and after being consistently towards the front of the speed traps all weekend, as well as racing for a top 6 spot on his full time comeback, the hard work seems to have paid off.

Baldolini didn’t make life easy for himself however, the Italian struggling in qualifying, joking afterwards that he had ‘been asleep’. 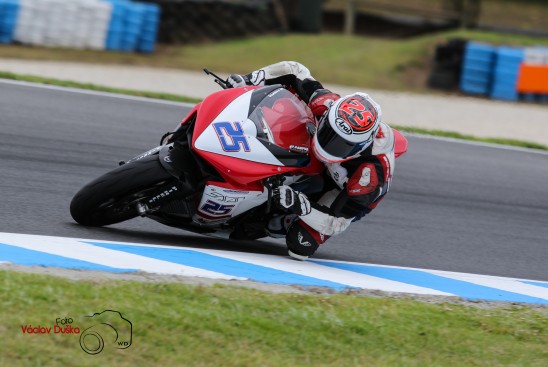 Nevertheless, he wasted no time when the lights went out, slicing through the field and into the top ten within the first 3 laps. As the race went on Alex found himself on the verge of a top 6 finish, only to lose out to former champion Kenan Sofuoglu on the final lap.

Alex Baldolini – 7th position: “Considering what happened in qualifying it was a good race. I knew my pace was good but I also knew how important it was to be aggressive in the first lap. After it all went to plan I tried to maintain my pace and soon I was in a fight with Rolfo. After the 11th lap the tyre began to move a lot and I was sliding so I was unable to break away from him. The final lap was a good fight with Kenan and Roby. I overtook Roby but wasn’t quite able to pass Kenan at the flag. I’m really happy with how things have gone in Australia and this result is a good way to thank the people in the team for all their hard work and to reward our sponsors who made this all possible.” 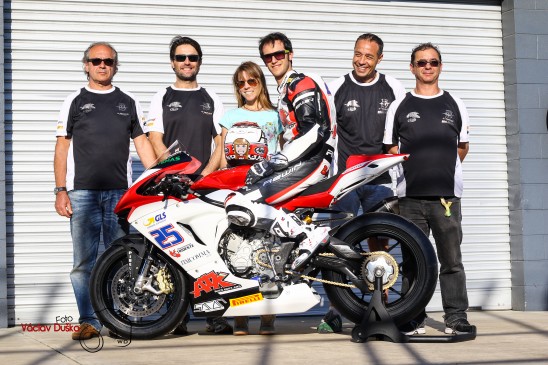 The Race Department ATK#25 squad will move on to Thailand and the newly constructed Buriram circuit on the 22nd March for the next round of the championship and after this weekend’s result are evaluating the prospect of running a 2nd bike for the remainder of the season starting in Aragon.