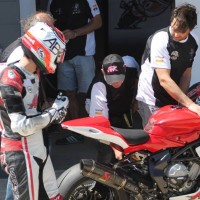 Despite suffering from flu, Alex Baldolini has kick-started his full time return to the World Supersport championship in positive style by posting the tenth fastest time aboard his Race Department ATK #25 MV Agusta in the official two day test at Phillip Island.

Baldolini, who finished 6th at Phillip Island on his Supersport debut in will contest the entire series this year after making several wildcard appearances last year.

The likeable Italian has one WSS podium under his belt (Misano 2012) and is optimistic of a strong 2015 season. 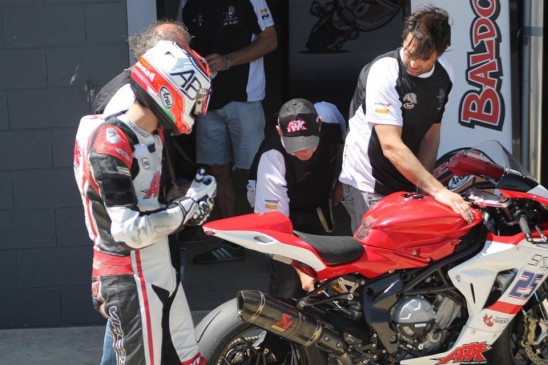 Alex Baldolini – “These two days of testing have been very useful especially considering my high temperature and fever since I arrived in Australia. We couldn’t manage all of the laps that we wanted as I was tiring very quickly but we completed enough to try many different things on the MV. I hope that my physical condition improves before the weekend proper begins but nevertheless we have a very competitive team and finally I feel really comfortable on the MV Agusta F3 so I cannot wait to start racing.”

In addition to running in WSS, his Race Department ATK #25 team are considering fielding an additional MV Agusta entry into the series as well as the European Superstock Championship. Any interested riders are asked to contact the team using the following email: raceatk25@gmail.com