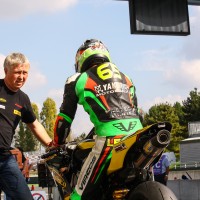 Vladamir Leonov was back in action aboard the Rivamoto Honda in the opening day of World Supersport action at the Magny-Cours circuit in France as the series began the final two events of the year. 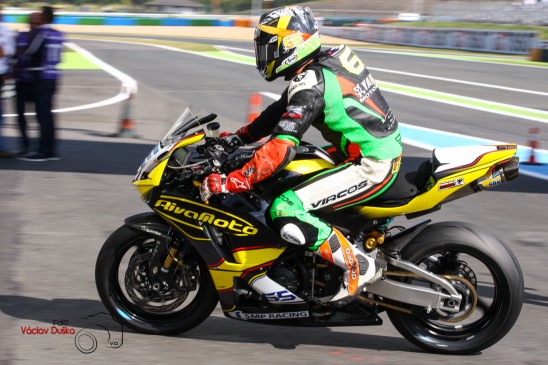 After a point scoring ride on his debut with the squad last time out at Jerez in Spain, Leonov endured a difficult day as a technical problem this morning gave him no opportunity to circulate. The team resolved the problem allowing him to take part in FP2 this afternoon which was also held in warm and sunny conditions, the Russian rider eventually ending up 19th overall on the combined classification.

With tomorrow’s qualifying session expected to take place in similar conditions the entire Rivamoto team are looking ahead to the possibility to show their true potential. 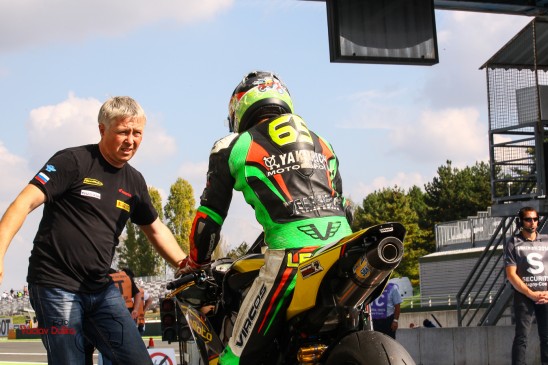 Konstantin Zotov – Team Manager: “Today was a disappointment. We had an engine problem on the opening lap of the first session and we were quite slow in FP2. We need to understand which direction to take here in France but we are all still full of optimism and want to improve. We will continue to work hard, pull together and fight again tomorrow.”

Vladamir Leonov – Rider: “I can’t say that I am totally happy because we were unable to show our full potential because of the technical issue. The team is working well and I can’t wait till tomorrow.”