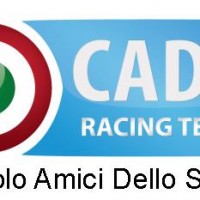 CADS Racing are pleased to announce that after several years supporting a number of riders in the European Junior Cup they will remain in the World Superbike paddock in 2015 but will move up to contest the European Superstock 600cc Championship running a two rider team.

Having made their long term plan clear to Dorna, CADS Racing will embark on the next part of their journey with the long term objective of racing at World Championship level within 3 years, providing an affordable and complete stepping stone for riders to progress and make a career. The team have already secured top level equipment, technicians with vast experience of competing at the top level of the sport and team transportation inclusive of a hospitality area. CADS Racing also has backing direct from the factory ensuring they remain at the forefront of machine development during the season. Securing investment from the USA and an association with a well respected media partner, has set the scene for an impressive debut year and with discussions already underway with several riders the team would like to hear from other racers who would like to join them.

David Wisdom – CADS Racing Director: “We are very excited to take the next step in the development of our team. We have been working hard to put this together for over a year now and finally we are in a position to announce our intention to compete with a two rider line up in the European Superstock 600 Championship in 2015. We have an assortment of nationalities in the team and with the CADS Corporate HQ based in New York and the teams European base in Italy we are well placed for the season ahead. There are a number of rider options available but applicants must be aware this is a subsidised seat and potential riders will need to bring some funding to be awarded a ride with us.”

CADS Racing Team are asking anyone requiring further information to contact them at the email address below.

All applications will need to be received by the 31st October 2014.

To be eligible for the European Superstock 600cc Championship riders must be under 23 years of age as of March 1st, 2015 and currently the minimum age is 15 years of age. The 2015 series will once again support the prestigious Superbike World Championship and benefit from ‘live’ television coverage.