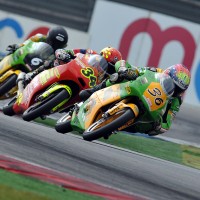 Jayson Uribe claimed a hard fought 7th position in the annual trip overseas that saw the BSB Motostar competitors at the iconic Assen circuit for the latest round of the 2014 championship yesterday. 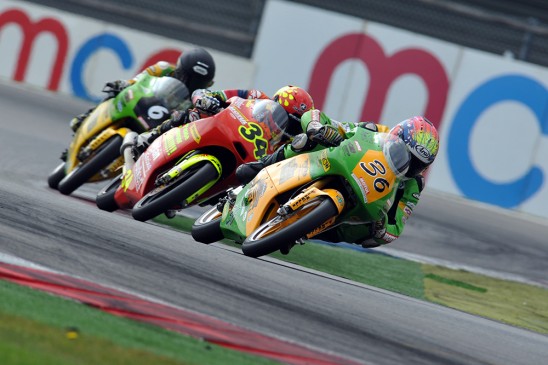 After a trouble free weekend Jayson qualified 11th on the grid of 44 riders that included several Dutch competitors including a number that contest the ultra-competitive CEV Spanish and Red Bull Rookies series.

Making several places off the start Jayson completed opening lap in 10th before moving into 9th half way around lap 2.

Jayson a settled into a rhythm and was soon fighting hard with championship rival Jordan Weaving, the pair riding smart avoiding any unnecessary contact as they worked together to close the gap to the leading bunch.

By half distance Uribe had joined the scrap for 6th but with several riders ahead of him not involved in the fight for the BSB crown the American was conscious of making a mistake.  However Lap 9 saw a coming together with one of the Dutch riders saw Jayson forced off the track, but after taking avoiding action he was able to continue despite losing positions because of the incident. 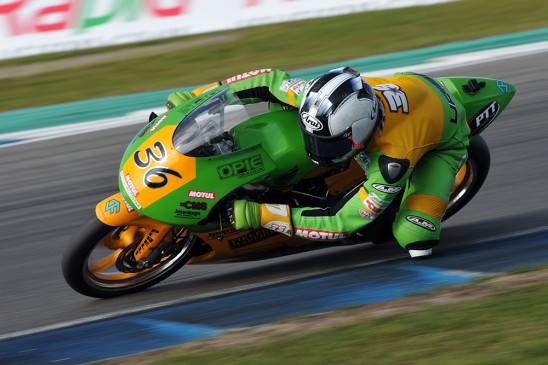 As he continued to push to claw back the time lost Jayson almost crashed on the penultimate corner of the lap but thankfully was able to use his skill to stay aboard.

A lap later saw a red flag which brought a premature end to the race meaning Jayson was classified 7th. In the championship standings, he now holds a commanding 30 point advantage over James Hobson, who failed to finish in the Netherlands meaning Uribe can guarantee himself an overall top 3 position in the standings at Silverstone in a fortnight. 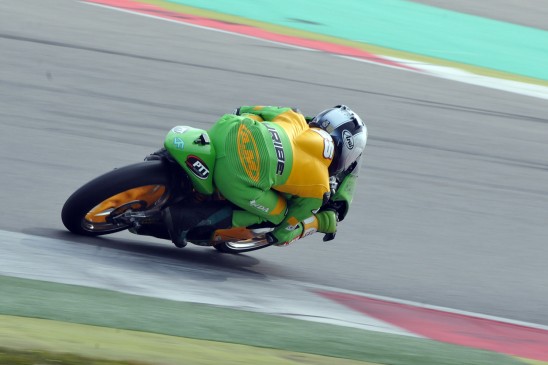 Jayson Uribe – FPW Honda: “I had a great weekend at TT Circuit Assen. The bike ran great all weekend and we got our first top ten in the speed traps of the year. I definitely learned a lot in tactics for qualifying and how to get good slipstreams. Free practice went well and we didn’t have any major problems. Unfortunately in Quali, instead of getting slipstreams from other people, I gave people a slipstream which actually slowed me down and left me 11th on the grid which was a little bit behind where we should have been. In the race I got a good start and I tried to be clever with Jordon Weaving by not battling too much so that we could catch the riders in front of us. When we closed the gap, an awesome 4 rider battle ensued. It was great fun to be involved in such a fight but unfortunately, one of the Dutch riders crashed trying to make a pass on the inside of me which pushed off the track, and then I lost the front in the second to last corner and was so lucky it came back. I’m sorry the other rider crashed but I’m happy I didn’t join him. It was a hard race but we added another 9 points to our points tally and with just two races left I can guarantee a top 3 overall placing at the next round. Bring on Silverstone!” 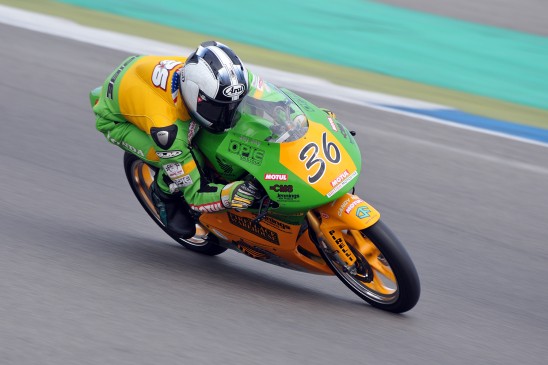 photos courtesy of Ian at bikesportpics.