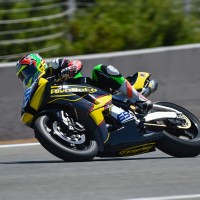 The World Supersport championship resumed in Jerez, Spain earlier today with Russian rider Vladamir Leonov returning to the action with the Rivamoto Team. 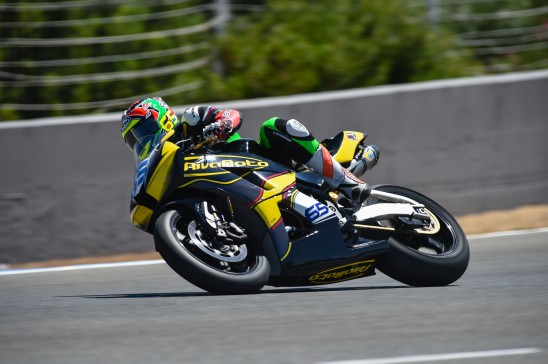 Leonov, started the season with MV Agusta and is still under contract to Yakhnich Motorsport who came to an agreement with Rivamoto for the Spanish round, and it is hoped the final two races at Magny-Cours and Losail.

For Leonov it was not only an opportunity to return to World Supersport competition but also an opportunity to sample life on a Honda for the first time, and throughout the two Free Practice sessions the team worked hard making big steps forward resulting in Vladamir completing the opening day in 18th position overall on the combined classification.

Worth noting is the fact that with the temperatures soaring into the high 30’s for FP2 Leonov and the Rivamoto Honda were one of only a handful of riders to improve their times this afternoon which bodes well for official qualifying tomorrow. 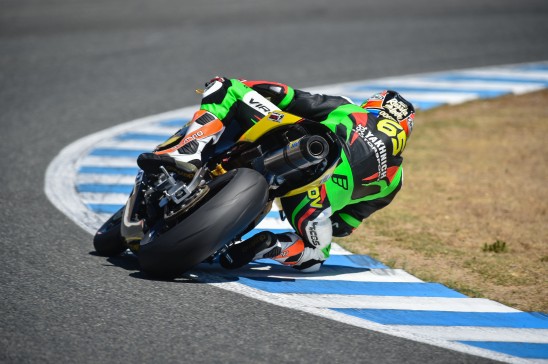 Konstantin Zotov – Rivamoto Team Manager: “We are glad to be back in the paddock. We want to work hard to show our true potential and hopefully get support to allow us to continue for the rest of the season and for next year. We are extremely pleased with our current arrangement and are happy with the improvements that Vladamir has made here so far. We are looking forward to a good remainder of the weekend and hope to make further improvements tomorrow morning before qualifying.”

Vladamir Leonov: “Today the feeling is not so bad considering the Honda is a new bike for me. Tomorrow we will try some new things to improve the feeling with the bike and the grip but overall it has been a positive day. The feeling in the team is already really good. I know the guys and we already have established a good way of working. Tomorrow we will try the best that we can to qualify strong and then have a good race on Sunday.”