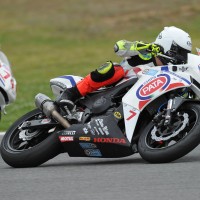 Alex Wisdom rode a masterful race at Portimao this morning to notch up another top ten finish after an intense race long battle that saw him add a valuable 6 points to his championship tally with 2 rounds remaining. 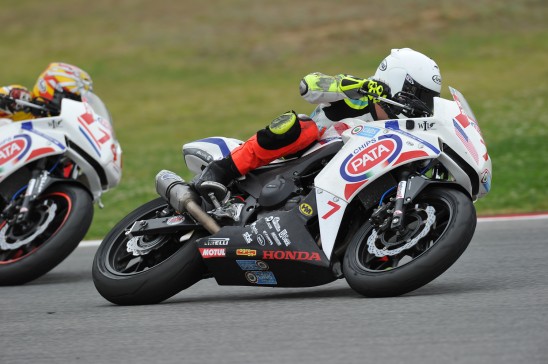 Starting 10th on the grid, his best ever starting position, the American teenager made an average start that saw him complete the opening lap in 14th. Remaining calm he moved up to 13th before a number of laps  as fast as the leaders saw him bridge the gap to the top ten.

By half distance he was exchanging places several times a lap with his rivals before after several attempts to break away he finally managed to open up a comfortable gap of 0.7s as he began his final lap.

With his CADS Racing team crossing fingers, arms and legs in pit lane Alex produced another stunning lap to grab a hard fought and well deserved 10th position at the flag, almost 1.5s ahead of the chasing pack.

Today’s result cements Alex in 13th position overall in the championship with every possibility of achieveing a top 8 overall standing dependent on the last two races. 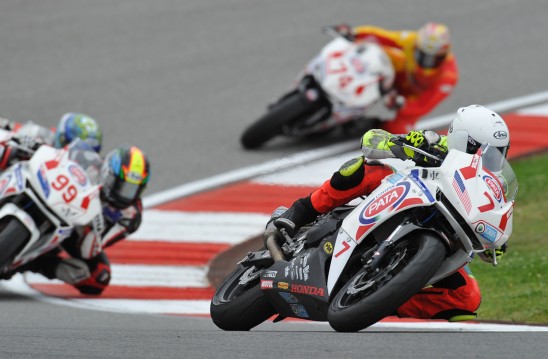 Alex Wisdom – “Today was just brilliant. I had a strategy but I got forced wide at turn one so I just thought DON’T PANIC. I caught the front group quite quickly and I tried to break them but they passed me again. As we started the last lap I was at the front of the group and I just pushed as hard as I could. It is even better to be in the top ten with not one other rider failing to finish. I am confident now for the final two races and I want to thank my dad, CADS Racing, Held and Arai as well as ll of my other sponsors. See you all in Jerez.”