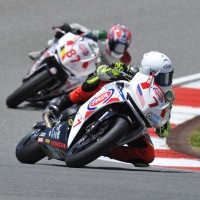 After putting in his most determined race performance of the season in Misano a fortnight ago, despite leaving empty handed courtesy of a 16th place finish at the flag, Alex Wisdom (CADS Racing) posted an encouraging lap time on the opening day of the 6th round of the European Junior Cup to head into final qualifying tomorrow a fine 13th overall on the grid as it currently stands. 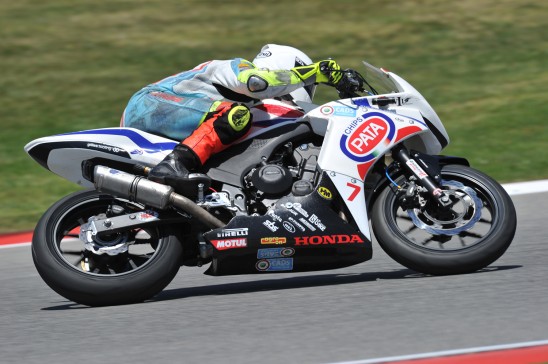 Alex, who has been working hard on finding his pace earlier in the weekend, looked at ease aboard his CBR500RR machine at the challenging and undulating Portimao circuit on the Algarve coast in Portugal in both the free practice and official opening qualifying session held earlier today.

With air temperature approaching 90 degrees, the young American has arrived in Portugal with a renewed confidence and with only a few tenths separating him from the top ten coupled with the fact that he was running a shorter gearing than everyone else, is raring to go in the final grid deciding session tomorrow afternoon. 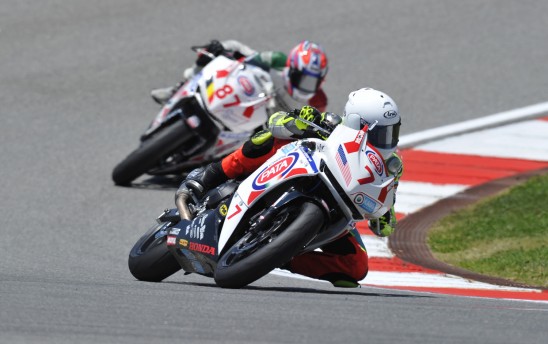 Alex Wisdom (CADS Racing) – “It was a solid opening day. Qualifying didn’t work out how we planned but it has at least given us a base to improve on tomorrow. We need to make a gearing change and there a few places that I know I can improve tomorrow. Thanks to everyone for their support and to my dad for working hard to make the changes that I need to go forward.”