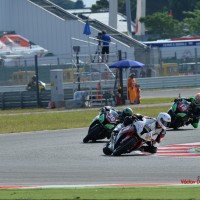 Robert Muresan fought back after an early race collision with Assen winner Kevin Valk to grab more points in the FIM Superstock 1000cc Cup after bringing his H-Moto BMW home in a credible 13th position.

An initial good start saw Roby making up places but an early clash dropped him down the order.

Digging deep and riding around some small problems with the suspension, he slowly made his way back towards the front and had the red flag, which stopped the race on lap 11 of 15 not been shown who knows if the result could have been better.

Robert Muresan – “Despite rear suspension problems I had a good race and pushed hard throughout the race to bring more points for the team. Unfortunately the collision with Valk delay it and had to start over again. 13th place is not such a bad position after an unlucky week-end. I am happy with the step forward that we made and confident for Portimao.” 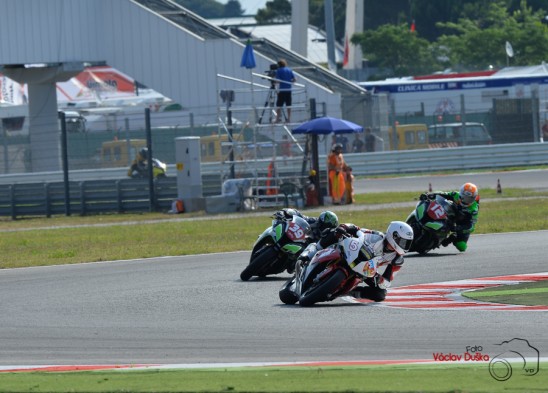 Today’s result moves Roby up to 14th position overall in the championship standings – the best ever for a Romanian rider.