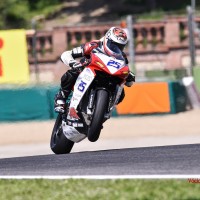 The return of Italian Alex Baldolini to the World Supersport championship ended without the result that had looked possible earlier in the weekend, after a technical problem in qualifying and a subsequent crash in the opening stages of the race ended his debut event with his new look ATK Racing team. 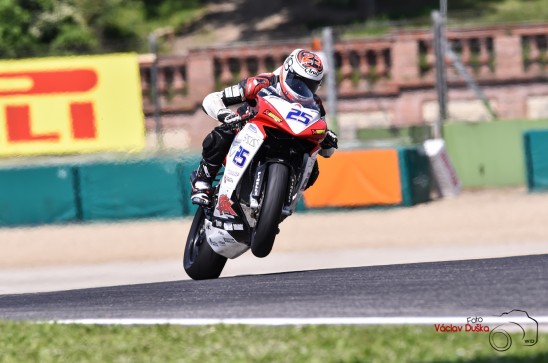 The weekend started well for the former World Supersport podium finisher, with Alex running well inside the top 15 in the free practice sessions on Friday as he gained more confidence with the new MV Agusta machine with each lap circulated.

A trouble free opening day gave the ATK Racing squad hope that a possible  top ten finish was on the cards, but after having to start on the back of the grid after missing qualifying due to a technical problem, the prospect of showing their true potential was going to be difficult.

Running strongly in the warm up session on Sunday morning was a relief to the team but also showed their technical ability after working through the night to resolve and rectify the qualifying problem, and as the race got underway Alex was soon ahead of several riders.

Unfortunately a small crash on the opening lap saw the ATK Racing MV Agusta lying in the gravel and despite a valiant attempt upon remounting, Alex had to retire from the race as the bike was too badly damaged.

The next event for the team is Misano, the scene of Baldolini’s superb 3rd position two years ago when he was racing a Triumph 675. Can he repeat that result aboard the Italian marque in only his second World Supersport ride of the year? Only time will tell but one thing is for certain, Baldolini and the ATK Racing Team certainly turned heads in Imola considering their limited track time in comparison to the World Supersport full timers. 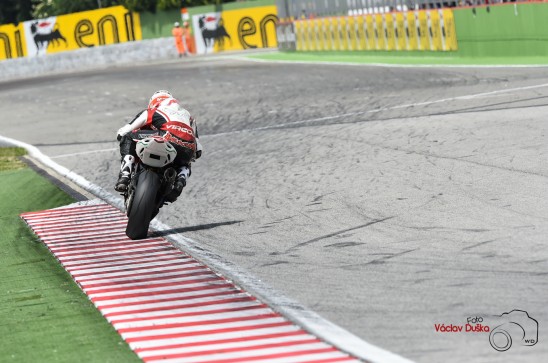 Alex Baldolini – ATK Racing: “For sure it wasn’t how I had imagined our debut would finish but we have to be realistic, and at the end of the day I think we solved a lot of electronics problems during the weekend. We had not been able to ride in qualifying due to a technical problem so it wasn’t an easy start for us. During Saturday night we found the problem and solved it and in the warm up I was finally able to ride the bike at 100% and the lap time wasn’t too bad. But the luck wasn’t with us this weekend and in race I went straight and crashed at Rivazza corner, I tried to restart but the bike was damaged and was very hard to ride so I had to stop. We are sad for this weekend, but optimistic for our next round in Misano. We saw that the bike has big potential and I feel good riding it, so I think with some more experience we can be fast. I want to say thanks to all my mechanics that have been working so hard during this weekend and all the sponsors that are helping us in our project.”