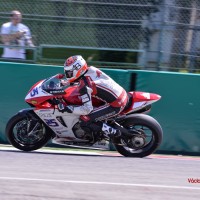 Alex Baldolini made a welcome return to the World Championship paddock aboard his private MV Agusta at Imola today, claiming an encouraging 14th position after the completion of the opening two free practice sessions.

Riding for the newly formed ATK Racing, it was the first time in 2014 that Baldolini had competed against the World Supersport regulars and the first time for him to check on the possible performance levels with his new team.

Speaking ahead of tomorrow’s qualifying session, he declared himself both happy with the bike and the progress that had been made on track today. 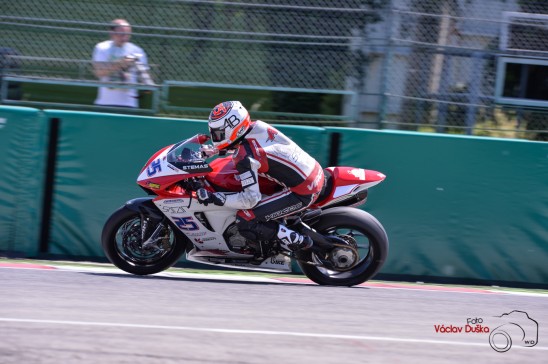 Alex Baldolini – ATK Racing MV Agusta: “I’m happy very happy with this first day. We improved step by step during the two practices and considering the bike is new for me I am satisfied with the lap time that we achieved. I have only ridden the bike for 90 minutes under competitive conditions compared to the other riders who have already done four races this year. We still have some teething problems, which is to be expected but the whole team is working very hard and I am very happy with all of their work. I will try some more things in the final free practice in the morning and then push to qualify as best as we can.”