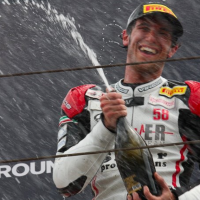 After an uncertain winter period that left him without a permanent ride in the 2014 World Supersport championship, Italian Alex Baldolini is pleased to announce exciting new plans that will see him contest several rounds aboard an MV Agusta.

Racing with his customary number 25, Alex has secured last year’s factory machines and will run his own ATK Racing team entering at least five events as a wildcard with a view to contesting the full 2015 World Supersport Championship.

Alex joined the World Supersport championship two years ago after a successful career in both 250cc GP and Moto 2 World Championship racing. He achieved a historic podium for Suriano Triumph at Misano on his way to 6th in the championship in his debut year. Last year he campaigned a Suzuki with the Suriano team. 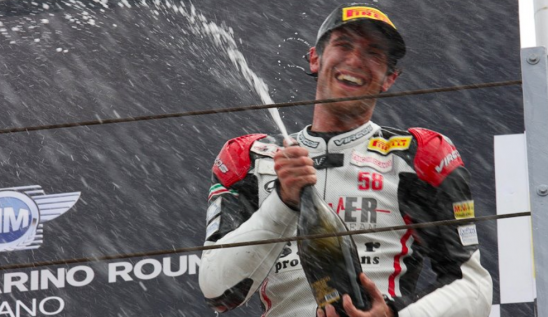 Alex Baldolini – “I am delighted to announce after months of hard work behind the scenes that I will race an ex-factory MV Agusta F3 in five rounds of the 2014 World Supersport championship. I will race at Imola, Misano, Portimao, Jerez and Magny-Cours and am very excited to be riding such an iconic brand and proud to be back on an Italian bike. This is a new project and there is a lot to do, but we will try to use our experience to do our best and fight for better positions race by race. Thanks to everyone who has made this possible.”

ATK Racing will unveil their livery at Imola, ahead of the opening Free Practice session for the fourth round of the World Supersport Championship next week.