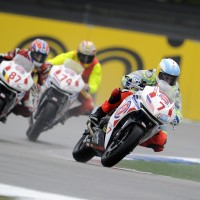 Alex Wisdom continued his impressive start to the 2014 European Junior Cup season after a remarkable charge through the field from 19th to 9th in the shortened 6 lap race at the rain-soaked Assen circuit in the Netherlands yesterday. 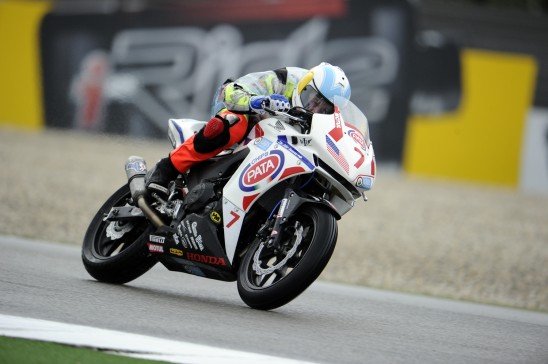 Having crashed early in the weekend, Alex was much lower down the grid than he wanted and with heavy rain falling it was unclear as to how the race would pan out.

After a great start that saw him pass six of his rivals Alex spent the rest of the race hunting down the pack ahead, narrowly missing out on 7th place in the run to line.

Today’s result, not only moves him into the top ten in the overall standings but is his best race result to date in Europe. 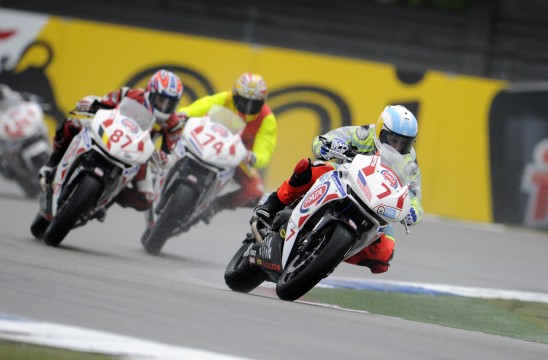 Alex Wisdom – 9th position: “It was a tough race as it was raining a lot and we hadn’t had any real wet time on the bike. After the crash the aim was to rescue some points, and as the race went on I got more and more confident. I am really happy with this result and with this confidence, plus all the things I learned over the weekend I will be going to Imola for round three in a fortnight ready to fight even harder. Thanks to my dad, Frank and the whole CADS Racing crew. See you all in Italy.”

Yesterday’s result moves Alex into 12th position overall in the championship, and only 8 points from 6th with five races to go.