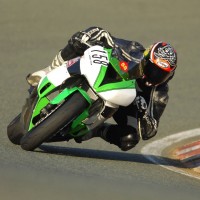 With a fortnight until the FIM Europe Superstock 600cc Championship begins at MotorLand Aragon the official entry list has revealed over 30 riders will do battle in the new look seven round series.

Renato Novosel, one of those riders, has been announced as part of the Go Eleven Kawasaki squad, and the 20 year old from Croatia is looking forward to his first full time season in a major championship. 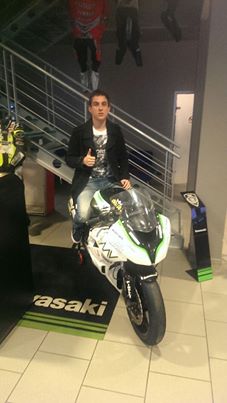 Renato Novosel – Rider: “I’m very proud to be part of the Go Eleven team, and want to thank to Mr.Gianni Ramello, Piero Cabutti and Denis Sacchetti for this opportunity. This is my first year racing full time in Europe and I don’t know any of the tracks so it will be very hard for me, but I will give 110% to achieve best results as I can. My goal is to be in first 15-20 riders and try to score some points for me and the team.  I have done over 1300km in testing and for sure the Kawasaki has a lot of potential. Because of my height I feel more comfortable than on the Honda which I have raced for the last 3 seasons. I would like to thank my family and sponsors because without them this season wouldn’t be possible.”

A three time Croatian 125 SP champion, Renato is no stranger to 600cc machinery having made a wildcard appearance at Brno in 2012 where he finished 23rd. An injury cut short his 2013 season but nevertheless the youngster from Krizevci, Croatia still managed 3rd place overall in last year’s Alpe Adria series. 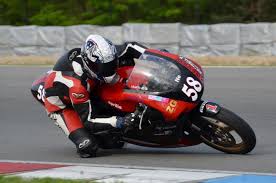 What Renato may lack in experience he more than makes up for in self-belief, and with the support and expertise of the experienced Go Eleven team behind him the number ’58’ Kawasaki may well be one to keep an eye on as the season progresses.

For more information about Renato please check out his official website at: www.renatonovosel.com or why not subscribe to his official media releases for 2014 by following the link at: www.michaelhillpromotions.com