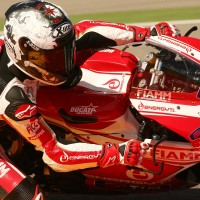 A draft of the Sporting and Disciplinary Regulations taking into account the conclusions of the SBK Working Group composed of Lavilla, Carrera and Duparc was submitted to the Commission. The goal was to harmonise the regulations of the FIM Grand Prix and Superbike World Championships and to have a set of regulations as similar as possible for both FIM series.

These SBK Sporting and Disciplinary Regulations were basically approved. However, some items remain pending and the SBK Commission will meet on 10 December, in Madrid, to finalise the FIM Superbike, Supersport World Championship & Superstock 1000cc Cup Regulations for 2014.

The main changes will concern the following items:

– Practice restrictions will be applied for contracted riders and teams. (However it will be taken into account that the Superbike and Endurance Championships will provide teams and riders in each series thanks to the similarity of the EWC and EVO class technical regulations);
– Time and practice Schedules will be reviewed: the SBK format of the free and qualifying practices will be inspired by the MotoGP ones (with a number of participants directly qualified in Q2);
– Revision of the Start Procedure with a scenario for a quick restart (in case of a red flag caused by reasons other than weather conditions) with a very short time for opening the pit lane;
– Superbike and Supersport Race distances will be reduced by the equivalent of two laps in case of wet conditions.
– Sunday race timing schedule for Superbike, Supersport, and Superstock 1000cc Cup will be compacted into a programme of events running from 10.30 am to 14.30.
– Introduction of licence penalty points that will last for a period of one year (this system be applied in all FIM Road Racing World Championships). 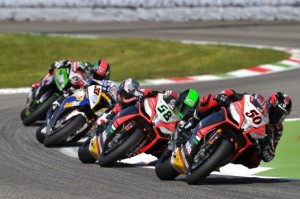 For the Superbike Technical Regulations, a clarification of the rules will be made in view of the next SBK Commission to be held in Madrid in December, taking into consideration that the 2015 SBK Rules should last for a long period of time in order to give stability to the series. The MSMA is also expected to put forward joint proposals for ensuring a low-cost championship with fair and close competition between the different manufacturers on the track.