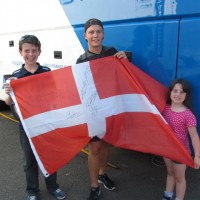 After weeks of speculation, Alex Schacht can confirm his whereabouts for the upcoming three seasons. The likeable Dane will return to the Superstock 600cc championship in 2014, remaining with his new team for 2015 and 2016.

Schacht, a former front runner in the Superstock series (he finished 4th overall in 2012) had an interesting debut season in World Supersport this year, as a range of technical issues prevented him from showing his true speed.

Nevertheless, Alex has remained focused and determined and is delighted to be able to announce that he is joining the EAB Ten Kate Junior Team for the next three years.

Ten Kate are renowned for their success in both Superstock classes as well as World Supersport and of course World Superbike giving Schacht the ultimate platform to shine.

Alex Schacht: “I’m incredible happy with this three-year deal with EAB Ten Kate Junior Team. Last year has been difficult at times but I have learned a lot so my return to Superstock isn’t a step back in my career and I am confident that we can have a competitive season running at the front. I would like to thank team owner Ferry Schoenmakers, team manager Manuel Cappelletti, my family, my sponsors and many others for this great opportunity.” 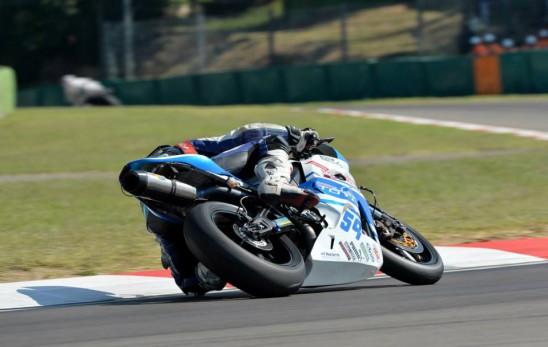 Manuel Cappelletti – Team Manager: “I’m very satisfied that we have signed Alex Schacht for the European Superstock 600 Championship. Last season wasn’t easy for him but he showed in 2012 that he is fast and that gives a lot of confidence. Moreover, he has learned a lot in his World Supersport debut year and that is very important and very useful for our Superstock 600 European Championship campaign. I’m really looking forward to work together with Alex!”

Ferry Schoenmakers – Team Owner): “I’m pleased that we can announce already our first rider of 2014. Alex has raced for two years in the European Superstock 600 championship so we know him very well. He was very close to a podium finish in 2012 at Brno and Silverstone and that shows once more that he is fast. Before the opening race we will schedule some tests, where and when will be announced later. I’m sure it will be a great year with Alex so I’m looking really forward to the new season.”