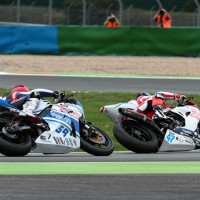 Alex Schacht heads to the final round of the WSS championship at Jerez in Spain after an impressive race last time out at Magny-Cours in France.

Schacht who has had a mixed season in his debut year of Supersport action rode with the confidence, aggression and determination that we were used to seeing last year.

Looking relaxed all weekend, alex was just outside the top 20 in all official practices, eventually qualifying in a season’s best 24th on the grid.

With no major technical issues hampering the likeable Dane, Schacht was able to put together an entire weekend showing that the desire to win still burns strongly.

It is safe to say that Alex’s renewed energy and optimism continued into race day, where after another trouble free morning warm up session, Alex made a great start when the lights went out, battling hard to score a well deserved 19th position at the flag just metres behind 18th placed Luca Marconi (PTR Honda).

In addition to the solid results on track, Alex was also able to secure his future after agreeing terms for 2014 and 2015 in a deal which will be made public in Jerez. 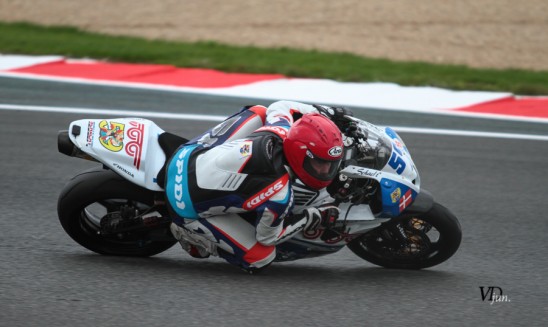 Alex Schacht – Racing Team Toth: “I had a great weekend in France. Finally we had a weekend of no problems and we were able to run much more competitively. I have never been so close to the top, had a strong race and  am looking forward to Jerez where we can hopefully have another solid result before announcing our 2014 plans!”

The final round of the championship takes place on October 20th with Alex keen to show that Magny-Cours wasn’t a one off performance.