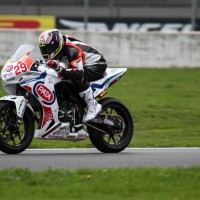 Jake Lewis may have arrived at the Magny-Cours circuit in France with a slender points advantage in the PATA European Junior Cup but that didn’t stop the talented Kiwi pushing hard in difficult conditions to secure a 4th place on the starting grid for tomorrow’s penultimate race of the 2013 series.

Lewis who added a victory at Silverstone to the victory that he claimed in the season opener in Aragon, Spain has been one of the strongest contenders for the title throughout the season, showing a great deal of maturity beyond his years in the most recent races to build a small points advantage over his rivals.

Today’s qualifying  session at the French circuit was made even more unpredictable than usual thanks to several hours of persistent rainfall in the vicinity of the technical circuit near Nevers.

As his championship rivals fell, Lewis strung together a handful of fast laps to guarantee a second row start for tomorrow’s race, a race that could see him crowned champion depending on the finishing positions of his closest challengers. 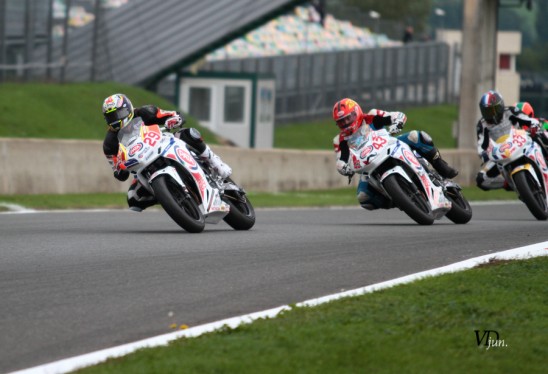