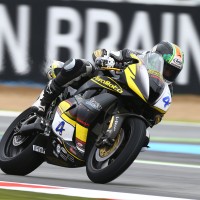 The Rivamoto team arrived at the Magny-Cours circuit near nevers in France for the penultimate round of the World Supersport championship with Jack Kennedy looking to build upon an already impressive debut World championship season.

The French circuit is one of the most technical tracks on the calendar, posting another new challenge for Kennedy who is riding on another circuit for the first time this weekend.

After overnight rain, the opening session was held on a damp track, but in typical fashion, Jack was soon up to speed, ending the free practice session in 8th. Edik Blokhin, the team’s other rider was an encouraging 29th.

By the time qualifying began, the track had virtually dried out giving both riders their first opportunity to ride at full speed.

As the session progressed and with Edik making steps forward, Jack was working hard, making as many laps as possible, searching for the best set-up for the conditions.

We are used to seeing a late surge from the team and especially Jack in the final moments of qualifying and today was no exception, as with less than twelve minutes to go, the Rivamoto Honda rider improved from 26th to 17th and then again to 15th position overall at the flag.

With the feeling that they simply ran out of time to improve further, the team are looking ahead to final qualifying with optimism. 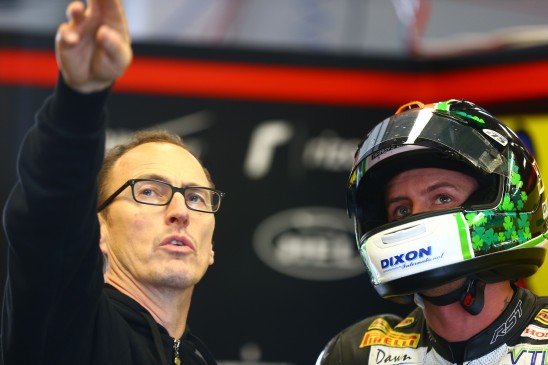 Jack Kennedy – 15th position on the provisional grid: “The track is taking a bit of learning. 15th is not where we want to be but we made some good steps forward through the session. We will work hard to improve again for tomorrow and qualifying further up the grid.”

Jeremy McWilliams – Team Manager: “Jack’s still learning and a wet session like we had this morning only really tells you where the track goes so qualifying was like starting new. There is definitely more to come. Playing catch up isn’t ideal but we are there or there about.”

The final qualifying session will take place on a hopefully dry Magny-Cours circuit at 1635 local time.