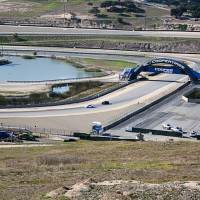 The 2013 eni World Superbike Championship is going to Laguna Seca and with 5 riders still in with a shout of the title, the action from the Mazda Raceway will be hotter than ever.

Thursday 26th September will see our official media event, with a host of WSBK and local wildcard riders taking to the stage ahead of the on track action which begins on Friday.

The following riders have been invited to attend:

In addition to the WSBK event at the Mazda Raceway, the final round of the AMA Superbike championship will also go ahead with a full support package including Supersport. With this in mind we have also invited the Monster Energy Yamaha riders Josh Herrin (superbike) and Cameron Beaubier (supersport) to the press conference.

We look forward to seeing as many people as possible attending what should be an exciting race weekend in the USA.