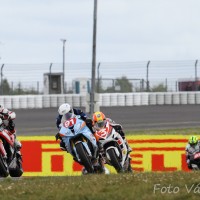 The 8th round of the FIM Stock 1000cc Cup was held a short time ago at the famous Nurburgring circuit in Germany.

Romanian Robert Muresan, who had been drafted in to replace regular team rider Alen Gyorfi started the 11 lap encounter from 19th on the grid, ending the race just shy of a points placed result.

After holding his position on the opening lap, the 1000cc newcomer was involved in a great fight for much of the race with riders who have been contesting the entire series, getting the better of several by the time the chequered flag was waved and having the added bonus of being the highest placed ‘wildcard / one-event’ rider to finish the race.

A little disappointed to miss out on the final championship point of the day, Muresan can be satisfied with his 17th place finish and look forward to the remaining championship races in Magny-Cours, France and Jerez, Spain. 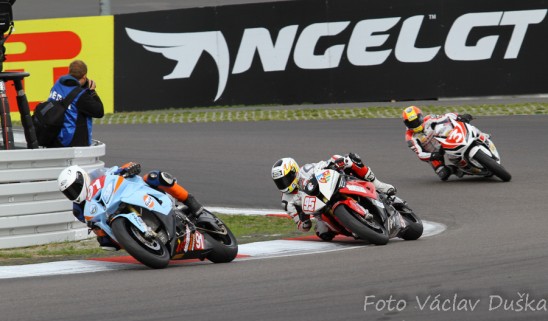 Round 9 of the championship will take place in 5 weeks time.