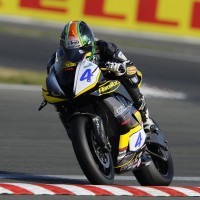 Jack Kennedy gave himself a hard task in the 10th round of the World Supersport championship after losing several places on the opening lap after an uncharacteristic bad start from his 6th position on the grid.

Finishing the opening lap 13th, the determined Rivamoto Honda rider showed his maturity with a gutsy ride to 8th at the flag after a race long duel with Florian Marino, Christian Iddon and David Salom.

Getting the better of all of them with some great overtakes, both rider and team can only wonder what might have been had Jack not been caught up with so many other riders in the opening laps given Kennedy’s pace over the final third of the race which was as quick as the riders who made the podium.

Nevertheless everyone can take a lot of positives from the weekend and move onto the next round in Turkey in a fortnight. 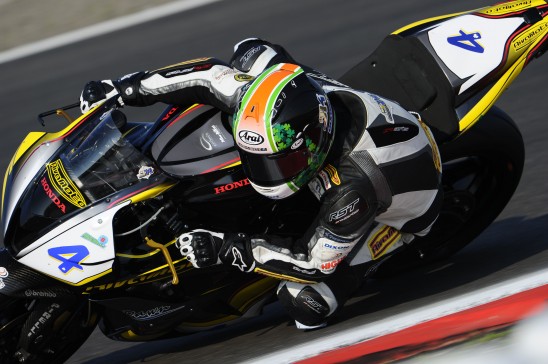 Rivamoto’s other rider Edik Blokhin also showed grit and determination as he battled hard for 32nd position at the end of the race.

Jack Kennedy – 8th position: “A bad start has cost us what could of been our best result of the season so far. I felt confident and I knew we could be consistent as we proved by fighting from 15th at turn one to 8th position at the end. We were setting as good a pace as the front runners so we have to take the many positives from this weekend to the next race”