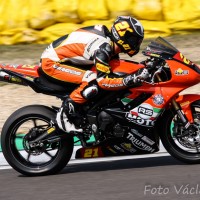 Alex Radmann made his second appearance in the UEM Superstock 600cc Championship at the Nurburgring this weekend with the SCHACHT Racing SBK ONE Team.

Having made his debut with the team at Silverstone, the young Croatian opted to switch to his more familiar Triumph machine for this weekend’s event, hoping that it would help him to adjust more quickly to life in the European Championship.

The weekend started well for Alex who improved the gap to the front runners in free practice. An unfortunate crash in qualifying on Friday hampered him in terms of finding the perfect setting but nevertheless he posted a time well inside the maxima and lined up on the grid this afternoon in a respectable 30th position.

The race was thankfully held on a dry track despite and earlier rain shower and Radmann was soon moving up the field. 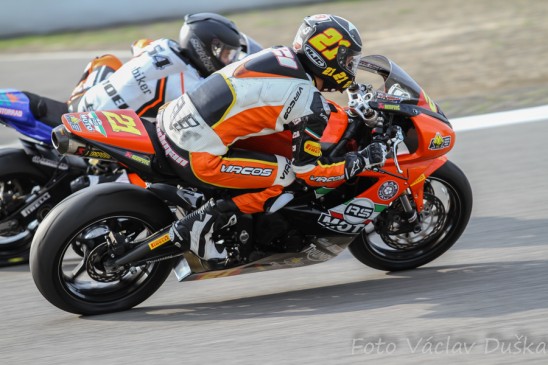 As the race progressed Alex found himself in a great fight with several other riders, and improved his personal best lap time by almost a second, claiming a hard fought and well deserved 23rd position at the flag putting behind him the disappointment of crashing out at the UK round a few weeks ago.

Alex will now work hard to hopefully secure enough funding to continue with the team for the remaining races in France and Spain and for the 2014 season where he hopes to be full time rider in the championship.