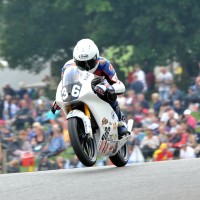 Jayson’s goal prior to the weekend was to improve in qualifying and despite missing Saturday’s Free Practice 2 due to an technical issue, Jayson put in his best qualifying performance to date, grabbing 15th on the starting grid for Monday’s race.

It was action all the way when the lights went out at the start of Monday’s race, as Uribe’s attempt to pass Taz Taylor on the inside on the first lap resulted in him clipping his knee on the grass, which sent him careering off the track. Managing to keep the bike upright the young American rejoined dead last and set about chasing down the pack ahead.

Jayson rode hard, putting in some consistent lap times and determined moves on his fellow competitors to bring his Honda back into contention by the chequered flag and with it secured a respectable 15th position overall and 12th in the 125 class. 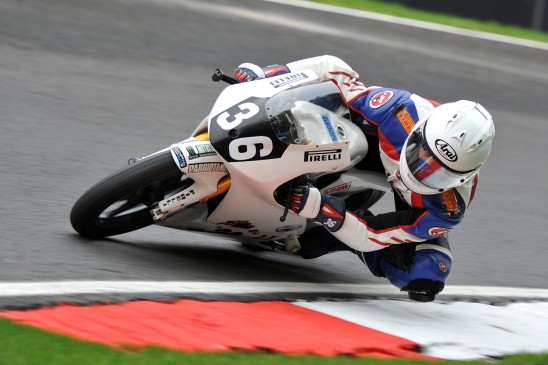 Jayson Uribe – Rock & Sons Racing: “I’m not sure how I stayed on. At one point I was completely off of the bike and the front end was tucked. I stayed on the gas, fought to get back in the saddle of the bike and just rode it out like it was Supermoto. Looking to the final few races the goal is to end the season inside the top 10 overall on the 125cc and I think we can do that. A big thank you once again to everyone who is helping me this year.” 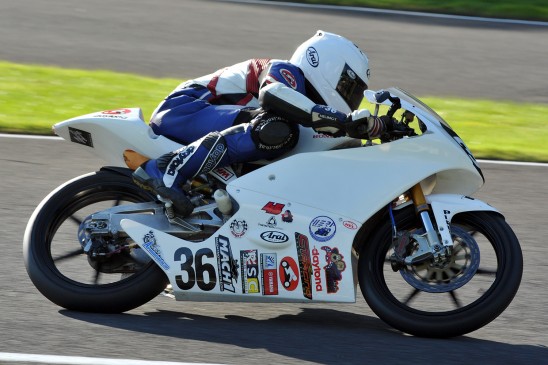 The next round of the championship takes place at the former home of the British GP, Donington Park.