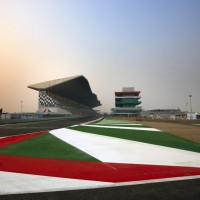 The FIM has announced that, owing to operational challenges, Jaypee Sports International Ltd (JPSI) and Dorna World SBK Organization (DWO) have decided to cancel the 2013 WSBK Indian Round that was scheduled to be held at Buddh International Circuit (BIC) on 17 November 2013.

JPSI, the Federation of Motor Sports Clubs of India (FMSCI) and the Indian Motorsport Marshals Club (IMMC) are working intensely together to make the Indian round as safe as possible in preparation for 2015. As a starting point, the BIC will play host to both the FMSCI 2-wheeler and 4-wheeler National Championship races from 13 to 14 September with fully trained IMMC Marshals officiating at the venue. JPSI has conveyed this to DWO, who appreciate the efforts being made to make it possible to host a round at some time in the future.

Mr. Vicky Chandhok – FMSCI President: “JPSI confirms its interest in going ahead with the race in the future. We look forward to them concluding an arrangement with DWO in order to arrive at a mutually convenient date and to ensure that India has the privilege of hosting a round in the near future.”

Today’s news means that Jerez will now play host to the season finale of the eni WSBK Championship and supporting classes in October.