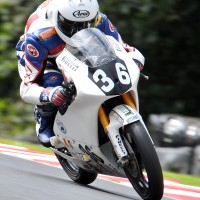 American teenager Jayson Uribe rode the race of his season at Oulton Park yesterday, battling hard from a lowly 24th on the starting grid to finish an impressive 10th position overall in the 125cc category of the BSB Motostar championship race.

Uribe claimed his first BSB Motostar top ten finish at Oulton Park earlier in the season so expectations were high as the team set up at the undulating Cheshire circuit.

The weekend started with a crash in the second free practice session, but the Rock & Sons Honda team worked hard to get Jayson back on track for official qualifying.

Official qualifying was a bit of a disappointment with the hard charging youngster ‘trying to hard’. 24th on the grid was the best he could do, so it was down to former racer and team crew chief Ian Emberton to give Jayson that all important confidence nudge, which clearly worked as the lights went out on Sunday.

Launching immediately into the top 20 at the end of the opening lap, a 5 rider battle for the remainder of the race would see the Rock & Sons Honda rider working his way through the pack with ease. 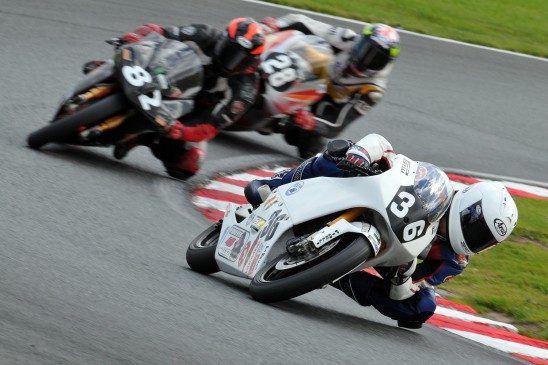 Jayson once again proved that as well as natural racing talent, he has an ability to rise the occasion when it matters as yesterday’s result moves him inside the top 10 of the overall standings and with a number of people within the prestigious BSB paddock taking note of his progression, who knows what the future holds for the American. 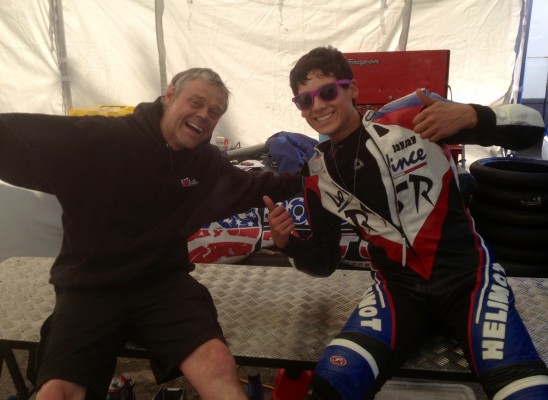 Jayson Uribe – 10th position overall in the BSB Motostar 125cc championship: “It felt like I was returning to a place of glory as I crossed over the bridge into OultonPark seeing as this was the track that I achieved my first top 10 at in this BSB series. The weather here was once again unpredicatble. It can be dry on one part of the track and raining on the other. It is always a challenge to find the perfect tyre selection here, but my Pirelli’s came through, as always! Friday and Saturday were kind of rough for me. I couldn’t go as fast as I wanted to because I just felt a little off of my game. In the race I was happy to be able to move up from 24th on the grid all the way to 14th overall and 10th for the 125 class. I am now solidly positioned at 10th place in the 125 Championship, only 2 points out of 9th! Thank you to my mechanic and mentor, Ian Emberton, and to my parents for all of their support. Also, thank you to the BSB officials and corner workers, you guys really make it happen.”

The iconic Mountain and Cadwell Park await Jayson and the Rock & Sons team when the championship resumes at the end of August.