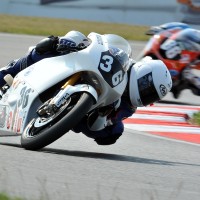 Jayson Uribe didn’t let the pressure of racing in front of 85,000 spectators get to him yesterday in the latest round of the BSB Motostar Championship at Snetterton, after a spirited ride saw the talented American youngster notch up his 3rd consecutive top ten finish aboard his Rock & Sons Racing Honda.

It was a busier weekend than the previous couple, as the team decided to revert back to Ohlins front forks in place of the standard ones they had been using. Jayson used Ohlins back in 2011 and it is hoped that this suspension change will allow for even more impressive results in the second half of the season.

Friday morning brought the first free practice session and the difficulty of learning yet another new track.

Jayson Uribe – 19th on the grid: “At first it was a hard track to learn, but after speaking to other riders and reviewing my Go Pro videos, it became easier.  It was a gradual process in getting the forks dialed in and it required a lot of modifications to the bike to get them working correctly but in the end and after a lot of hard work by Ian and my dad we were able to drop my front forks enough to settle the chassis and get the bike turning in with more ease at high speed.” 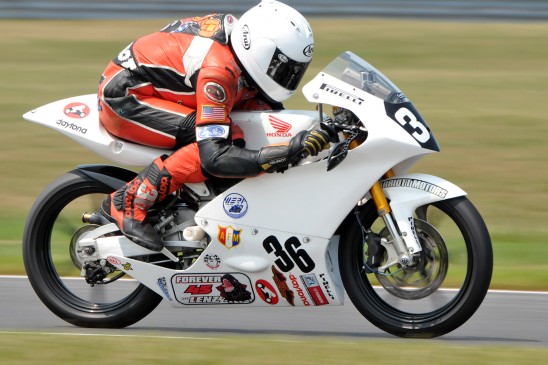 After an impressive opening day, Uribe would eventually qualify in 19th position on the grid.

Saturday night brought more bike modifications and a lesson in ‘how to reshape your radiator with a hammer’  as the Rock & Sons Racing team set about giving Jayson the best bike possible for the race.

A small technical gremlin on Sunday morn added to the excitement and by 1.35pm Jayson was ready to race. 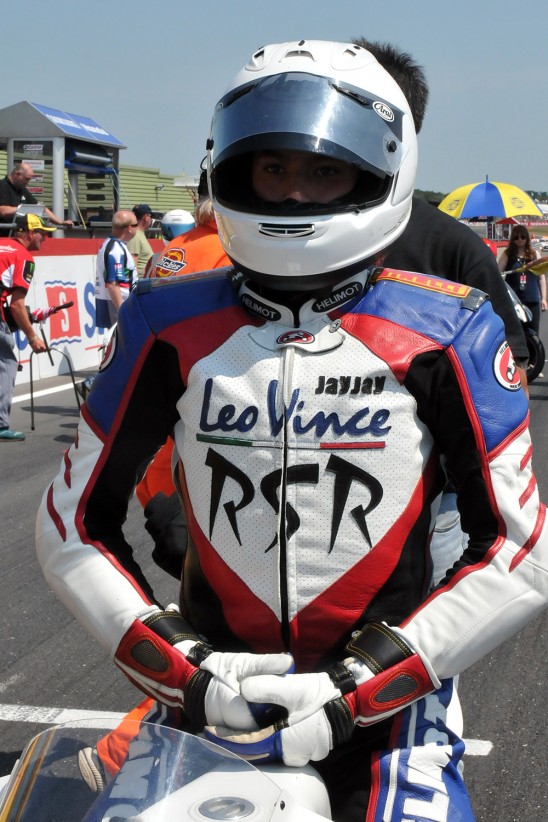 Starting deep in the pack, Jayson made some harsh but fair moves to jump into the top 14 early on and after 4 laps was locked in great battle for 8th position. With the suspension changes clearly working and the Pirelli tyres sticking like glue, Jayson put up a tremendous fight and was unlucky to drop back two places to end the race tenth on the run in to the flag.

Jayson Uribe – 10th position: “I knew I would have to put my head down and charge hard due to my poor grid position. I feared that if the pack in front of me disappeared, I would never catch up.  The first few laps of the race were pretty hectic with some scary passes, but it was all good racing. I was in the middle pack battling with three other riders, and we fought hard until the very end, changing positions nearly every lap.  I found that my ability to stay tightly tucked in on the straights and my ability to use the draft were two key factors to my success this weekend. I was very happy about my finish knowing that we had overcome so many hurdles this weekend and I knew that my whole team had battled hard for this top 10 so a big thanks to them!” 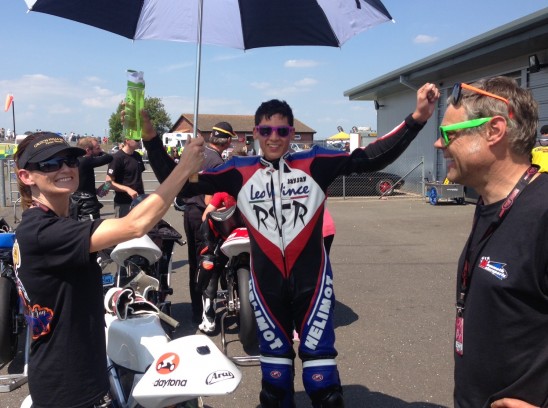 In addition to the huge crowd trackside, the race was also televised live on British Eurosport and with Jay grabbing yet another top ten finish in one of the strongest domestic championships in the world, the hard charging teen is certainly putting himself firmly in the shop window for the future.

The championship returns to Brands Hatch in a fortnight for the next round, and with a little track knowledge, Jay could well be one to watch!