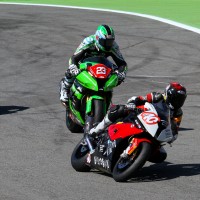 Alen Gyorfi finished a respectable 12th in the 3rd round of the FIM Stock 1000cc Cup, at sunny Monza today picking up his first championship points of the season.

After a frustrating start to the year, Gyorfi, who finished well at Monza 12 months ago, looked ‘at home’ aboard his new H-Moto BMW.

Starting from 19th, Alen made a great start and was up to 15th but the race was initially red flagged due to several crashes on the opening lap involving reigning champion Sylvain Barrier, his team mate Greg Gildenhuys and Leandro Mercado who all tumbled at turn one.

The restart would begin with the riders starting from their original grid positions in a race over 7 laps of this historic Italian circuit.

This time around Alen, got a great start ending lap one in 13th.

With Monza known for its close racing, it was no surprise that Alen spent the remaining 6 laps locked in a fierce battle with several other riders.

As the flag came out though, it was Lorenzo Savadori (Team Pedercini) who took the victory from Jeremy Guarnoni (MRS Kawasaki) with Alen coming home in 12th.

With a gap of 5 weeks until the next race the H-Moto BMW team can go to the ‘holiday’ confident that they have turned things around with the new machine and look forward to regular point scoring finishes in the remaining races. 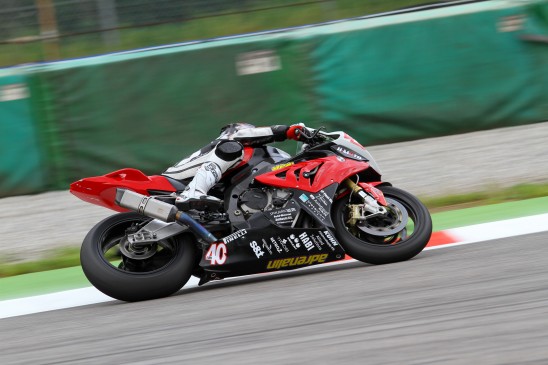