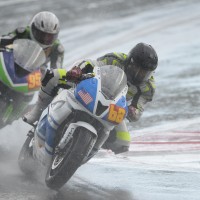 The 16 year old from California is one of several riders making the big step up from the European Junior Cup this year and having been the highest placed finisher at both Aragon and Assen, Kyee was looking to add Monza to that tally.

Having been running well inside the top 15 in the damp conditions, confidence within the SCHACHT Racing team was high when the race was delayed by over half an hour when the heavens opened as the riders started the warm up lap.

The race was reduced to 9 laps and all riders would start the re-run on wet tyres.

Brandon made a good start, passing several riders on the run into the opening turn and by half distance was locked in a battle with the riders pushing for the final points places.

As the rain worsened Brandon slipped of his Honda on the final lap, but undeterred he jumped back aboard to finish a respectable 24th at the flag.

Kyee was once again the highest placed EJC graduate and is now looking forward to claiming his first Superstock championship point in Portimao in a few weeks time.

Brandon Kyee – 24th position: “The race was going good and I was faster than the guys ahead. I tried hard on the last lap to make some passes but I tucked the front. I really wanted to finish so I picked up the bike and remounted. 24th at the flag isn’t where we should have been today but all in all we are making steps in the right direction so I am looking forward to the next race in Portugal.” 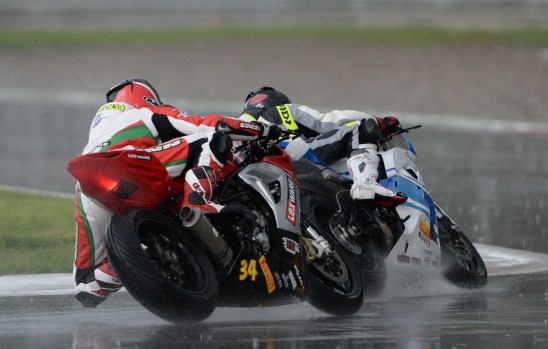