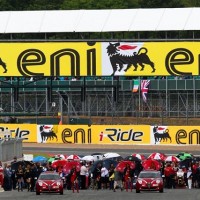 With just over a week until the 2nd round of the World Superbike championship takes place at Motorland Aragon, Spain, we are pleased to announce that we will be working with the following riders / teams this year.

In addition, we are delighted to be able to once again help showcase some of the best up and coming talent within the sport by being the media partners for the second consecutive season for the European Junior Cup, which is this year supported by Honda.

Former racer Michael Hill has also been appointed by Dorna as the official Paddock Show and Press Conference host for the 2013 season.

A number of new and exciting projects will be unveiled as the season progresses.