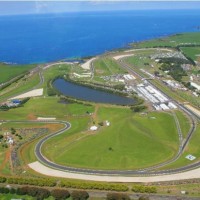 The 2013 ENI World Superbike Championship begins next weekend at the Australian coastal circuit of Phillip Island. In addition to the top riders battling for superbike honours the World Supersport grid (which boasts over 30 permanent competitors) also begin their campaign.

With Max Biaggi retiring after securing last year’s crown all eyes will be on Englishman Tom Sykes who lines up once again for the Kawasaki Team. Eugene Laverty is joined by Frenchman Sylvain Guintoli at the factory Aprilia squad while Pata Honda’s Johnny Rea is joined by former BMW challenger Leon Haslam. In a winter of changes, Marco Melandri remains at BMW while former champion Carlos Checa lines up on the new look Alstare Ducati.

In the Supersport class Kenan Sofuoglu will start at the pre-season favourite. The multiple champ is joined at MAHI Kawasaki by Fabien Foret. In addition to the numerous former winners and podium finishers lining up this year the grid is boosted by several riders who have progressed from the Superstock 600cc ranks. Michael Van Der Mark from Holland, Aussie Matt Davies and Denmark’s Alex Schacht are just a few names who make the jump at the opening round. Other riders worth keeping an eye on are former GP and WSS podium finisher Alex Baldolini who will line up for Lorini Honda, Sheridan Morais who has joined PTR Honda and former factory Yamaha rider Luca Scassa who returns to the world stage after a year in BSB.

Michael Hill promotions will be representing a number or riders in all classes in 2013 so stay in pole position with us throughout the year.

We wish everyone a safe and successful season.