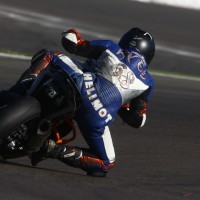 Schacht Racing are pleased to announce that young racer American Brandon Kyee will be joining them for the 2013 season.

The 16 year old from California will be returning to the world stage for the 3rd straight season competing in the European Superstock 600cc Championship on a Honda.

The talented American has previously competed in the European Junior Cup achieving podiums at Assen in Holland in 2011 and at the British round at Silverstone last year.

“I am ecstatic about getting releasing this news. It is going to be another great experience and an amazing season of learning. I got a chance to meet and talk with Team Schacht last season and am super grateful to be a part of their team for the 2013 European Superstock 600cc season. Support from Michael Hill, Donna Parodi , Mach 1 Motorsports and donations from friends and family is making this happen” said Kyee.

Michael Hill Promotions / MPH TV will be tracking and reporting on Brandon’s results as well as providing TV interviews and video features of Schacht Racing throughout 2013.