The CF Motorsport British Supersport team are heading to the season finale at Brands Hatch confident of a front running end to their 2016 campaign following the latest round of the series at the Cathedral of Speed in Assen, The Netherlands, saw rider Ben Currie narrowly miss out on a podium after an impressive charge through the field from 13th on the grid. 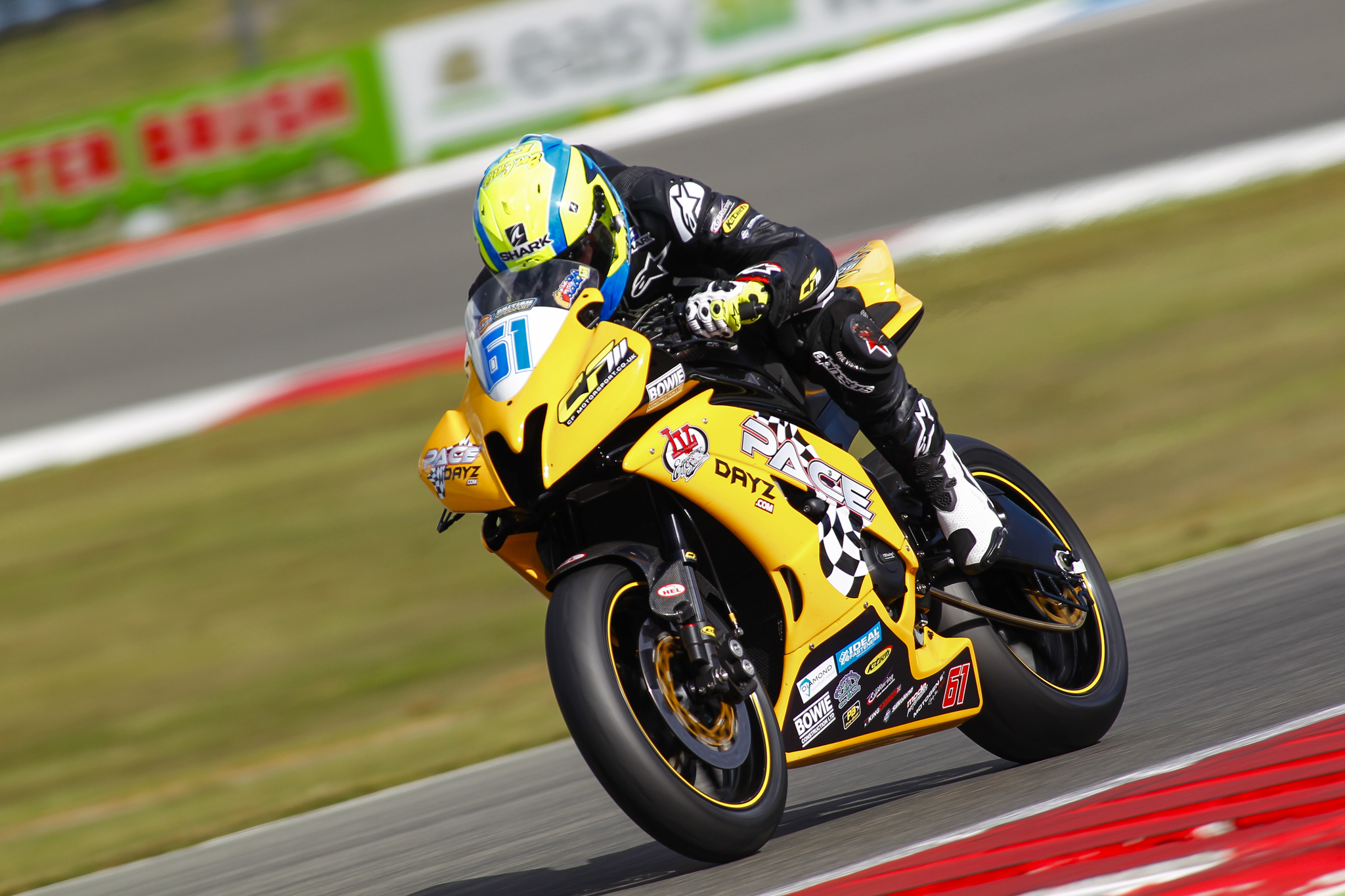 Currie who is riding in his debut British Supersport season with the CF Motorsport squad has had some fantastic rides this year including a maiden win at Oulton Park, and a second win at Knockhill in Scotland. A couple of unfortunate crashes saw Currie lose confidence and so it was delight all round at Assen as the #61 showed his true potential to finish 5th in the feature race at the iconic venue.

Saturday’s ‘sprint’ race saw a 13th position finish at the flag meaning that the team lie 8th overall in the series with just two races remaining in a fortnight.

Ben Currie – 13th & 5th: “Firstly massive thank to the team who continue to work so hard and believe in me 100%. I am happy to come away from the Dutch round with a solid 5th place after fighting for a place on the box with over 40 rivals on track. I made a great start on Sunday after finishing 13th on Saturday and despite getting sucked back into the pack was able to carve my way through the pack and almost made the podium. Two races to go and I’m determined to give me and the team a good end to what’s been a tough at times but rewarding year!”