It was a weekend of highs and lows quite literally for CF Motorsport at Donington Park with Australian Ben Currie sliding out of contention of Saturday’s encounter after displaying some pace ahead of the race before making amends to finish 7th yesterday. 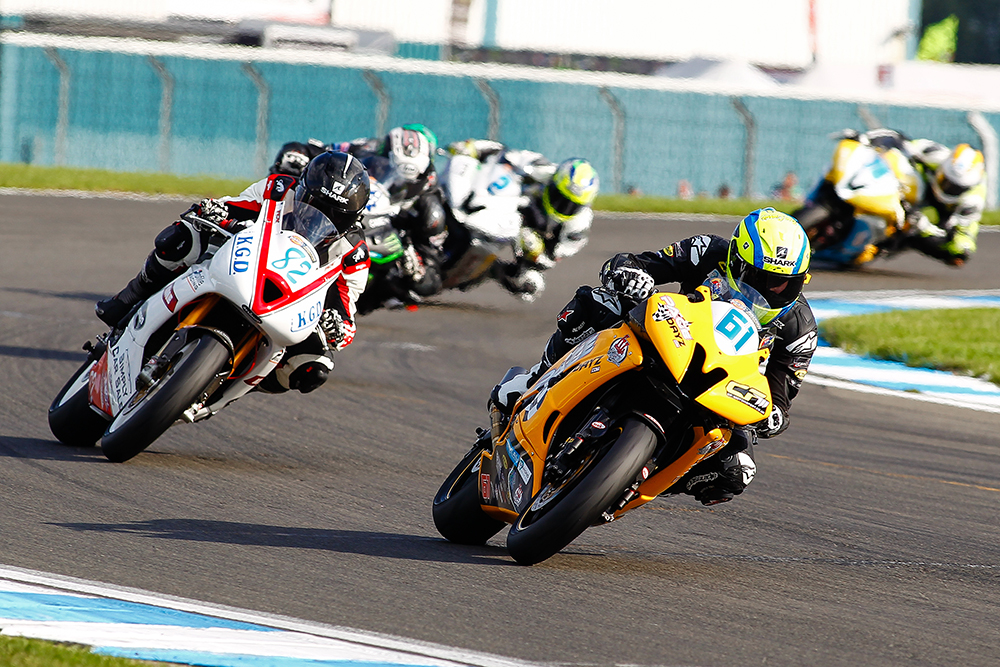 Qualifying on row 3 in 7th position Ben put the CF Motorsport Yamaha in contention and was looking strong before making a mistake that saw his crash out after one flying lap.

In yesterday’s ‘feature’ race Ben once again started on the 3rd row which underlined his pace on lap 2 of the ‘sprint’ race and the team were confident of a solid points haul.

At the flag Ben was classified 7th but was running the pace of several of his rivals who finished just in front of him.

The team did not run in STK600 at Donington Park.

It’s onwards to Assen now for CF Motorsport and with 2 races there and at Brands Hatch the stage is set for a four finale to 2016 with the team and Ben confident that they can be back on the box before the final British Supersport chequered flag of the year is waved.

Ben Currie – DNF + 7th: “Race one I made a good start but got beaten up early on. I started to make some progress and was catching the leading group when I lost the front. My mistake and I am sorry to the team but we still put in the 8th fastest lap despite only managing one flyer. The team did a great job to get us back on track for yesterday’s race. We had a lot more pace this weekend but I just struggled to get going in the feature race. Nevertheless we got another 9 points which is important. I am looking forward to Assen so see you there.”