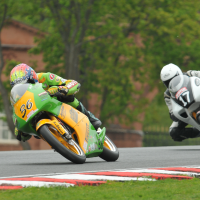 After impressing with a career best 3rd position in the season opener at Brands Hatch, American teen Jayson Uribe (FPW Racing Team) went one better in the second round of the BSB Motostar Championship at the undulating Oulton Park circuit in Cheshire yesterday.

Starting 4th on the grid after mixed free practice and qualifying sessions, the patriot pup as he is affectionately known, ended the race in a superb 3rd position overall, claiming 2nd within the Moto 3 category and elevating himself into 2nd position overall in the championship standings. 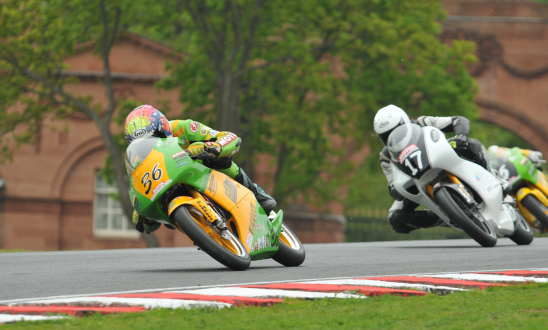 Retaining his position on the opening lap, Jayson spent the duration of the 14 lap encounter locked in a titanic scrap with former Red Bull Rookies competitor James Flitcroft and his FPW Racing team mate Taz Taylor.

As the race entered the final lap the three riders couldn’t be separated and with one of his fastest laps of the race on his final circulation of the technical track Jayson moved several bike lengths clear to score his second successive podium finish with a fighting second place at the flag. 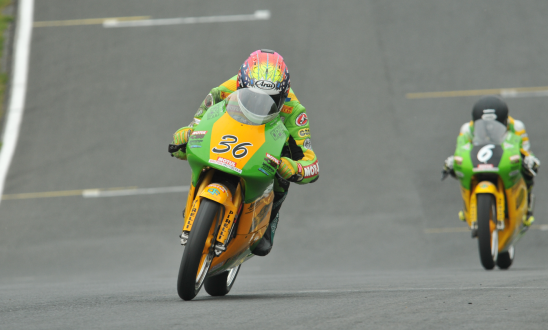 Jayson Uribe – 2nd position: “My weekend had its highs and lows.  We struggled with a few mechanical issues in Free Practice and I had to pull in due to a problem with the motor which ended my session.  We all worked hard and were able to resolve the issue and get back out for Free Practice 2.  Unfortunately, during this session another rider collided with me which damaged my frame and resulted in a high speed low side crash.  I was able to walk from the crash, but the bike was not so lucky. I am very thankful to my entire FPW Racing Team for their hard work and effort that it took to rebuild the bike so that I could eventually qualify P4. My race was great! I felt got a good start but I could feel the back end of the bike really dancing around especially in sector 1, but I knew I needed to just push through that area and charge harder in the other two sections to make up for lost time. After I lost touch with the leader, I just focused on staying ahead of the final podium place fight and at the flag was delighted to achieve another podium and my best result in BSB. It was awesome having my team mate, Taz Taylor, on the podium as well in the 125 class!  Our team was very successful this weekend and I am looking forward to Round 3 at Snetterton after a short trip home to California to finish up some studies and to visit my family. Thank you to everyone for their support and I will see you back on track soon.” 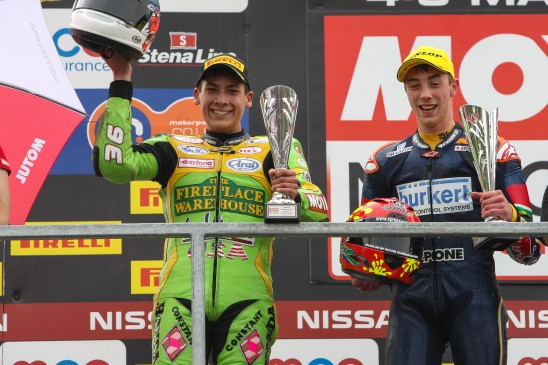